The Trinidad and Tobago Football Association (TTFA) has paid match fees to its Men’s National Senior Team players for four of six outstanding games, although president David John-Williams is believed to remain some distance from mending his relationship with the Soca Warriors.

The players were owed US$1,500 for their World Cup qualifying win over the United States and US$1,000 for their qualifying loss to Mexico, while all their remaining matches were valued at US$300 each.

On the same day of Wired868’s report, a player—who spoke on condition of anonymity—said John-Williams finally authorised payment for their games away to Thailand and Iran. Ironically, the controversial administrator then paid for the Mexico and UAE fixtures within hours of our second story on Christmas Eve. As a result, this article was updated to reflect the fact that the TTFA has now paid four match fees, as opposed to two.

However, thus far, the Warriors remain adamant that they will not represent their country in a friendly international away to Wales on 20 March 2019 unless the TTFA wipes out its entire debt to players and staff, which was given at TT$707,000 before last week’s payment.

Even if the TTFA’s meets its financial obligation to players on time, there is growing dissent regarding the US$300 match fees offered by John-Williams, which is less than a third of the US$1,000 per game provided by his predecessor, Raymond Tim Kee.

Last November, Minnesota United attacking midfielder Kevin Molino allegedly refused to play for the current match fee. And, after John-Williams boasted about getting his players to accept the vastly reduced sum—during a TV6 interview—at least one other overseas-based player vowed to join Molino on the sidelines in 2019.

An anonymous National Senior Team player said they will again approach John-Williams on the matter. Last November, the players asked the TTFA to at least pay US$800 per game. Several players told Wired868 that the football president promised to pay US$500 and to raise the fee to US$600, as soon as the body’s financial health improved.

However, John-Williams allegedly reneged on his verbal proposal and continued to offer US$300 match fees.

“We have to speak about match fees,” said the player. “I don’t think much of the players are willing to play for US$300 anymore.”

Part of the players’ concern is that the TTFA received appearance fees from their away matches against the UAE, Thailand and Iran. So why were they not immediately paid from that money?

Board member Keith Look Loy confirmed that the TTFA’s match contracts were never brought before the board and, over the weekend, he urged John-Williams to be transparent about financial arrangements for the international games.

“I have read with alarm recent reports regarding he non-payment of outstanding match fees to MSNT players, dating back to our last WC 2020 qualifying match against USA,” Look Loy stated in a letter to John-Williams, which was copied to the entire board. “As we are all aware, the TTFA Board has had no involvement with the recent round of international friendlies being played by our SMNT, nor has it approved any contact for same.

“I would, therefore, appreciate a copy of any contract for the matches played recently, or to be played in 2019, i.e. against Thailand, UAE, Iran, Wales.

“Further, given the problems with the participation of our national teams at all levels in international competition, I wish to know how you propose [the] TTFA should proceed on this front in 2019 and beyond.

“I await your response.”

Thus far, John-Williams has not responded to his board or Wired868 regarding the unpaid fees or international match contracts for National Senior Team matches.

According to FIFA, the workshop—which is meant to bring member associations “up to speed with the new funding opportunities available”—is designed for “presidents, general secretaries, development officers and finance directors” of the various associations.

However, John-Williams did not invite current general secretary Justin Latapy-George and took David instead.

John-Williams and Latapy-George have had a strained relationship over the past three months with the TTFA general secretary sensationally revealing, two months ago, that his president ordered him to hide the resignation of vice-president Joanne Salazar from the board.

John-Williams subsequently advised Latapy-George, whose contract expired last month, to start looking for a new job. The football president is expected to decide on the general secretary matter when the marathon AGM ends with the final reconvened meeting next month.

In the TTFA’s reconvened AGM on 9 December, Trinidad and Tobago Football Referees Association vice-president Osmond Downer moved a motion urging John-Williams to take Latapy-George’s satisfactory work into account when considering the renewal of his contract.

The meeting voted in favour of the motion.

Look Loy suggested that John-Williams’ decision to take David—who is widely regarded as the president’s new man of business and general secretary-in-waiting—to the FIFA workshop was disrespectful to the will of the membership and classless, considering that Latapy-George remains on the job.

“The continuous duplicity of DJW is a stain on our country, our football and our football association,” Look Loy told Wired868. “How is it possible that the leaders of football—the members of the ttfa board and general meeting—could continue to accept the president’s never ending disrespect for the constitution and institutions of the TTFA, even in the face of his almost daily mismanagement and deceit?

“Camara David does not exist within the framework of our football. He holds no office nor is he employed anywhere in football. Surely, his tagging along with DJW to Barbados was an act completely lacking in ethics and legality.

“[…] The blame for all of DJW’s shenanigans rests squarely on the drooping shoulders of the TTFA board and the TTFA general meeting, which both refuse to rein him in, and dismiss him as he should be.”

However if, as expected, John-Williams recommends that David replace Latapy-George next month, he will have some support from the TTFA constitution.

At the reconvened AGM earlier this month, the John-Williams pointed to article 36(f) of the constitution which states that the board of directors: “shall appoint or dismiss the General Secretary on the proposal of the President.”

“That is an error; it should be shall consider the appointment of dismissal of the General Secretary on the proposal of the President,” Downer told the meeting. “Otherwise why go to the board with it at all? It must be up to the board to make the final consideration for appointment or dismissal; otherwise the president can select anybody he wants—even members of his family—and it must be done because of the word ‘shall’.”

Without an amendment to the constitution, John-Williams is likely to win that war although it could mean that David’s official tenure starts on awkward footing.

David, arguably, has already began to act as general secretary, even with Latapy-George still on the job.

Editor’s Note: TTFA president David John-Williams completed payment of match fees for the Mexico and UAE friendlies AFTER our second report on the issue on 24 December. This article has been updated to reflect the football body’s current liability to its players. 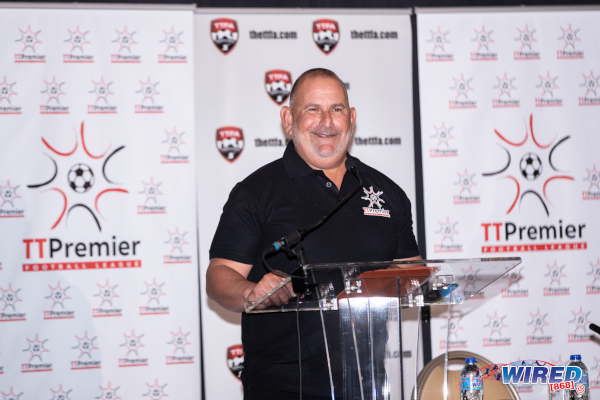 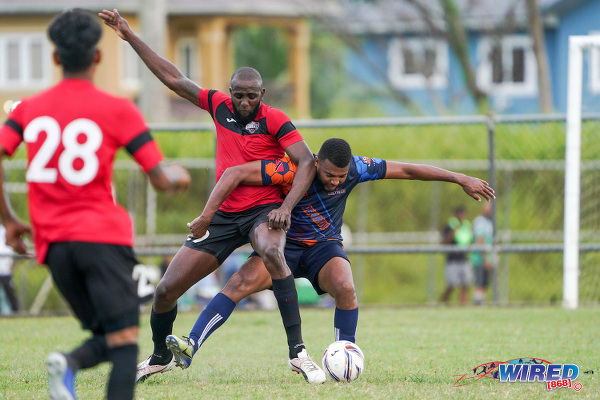 Lasana Liburd is the managing director and chief editor at Wired868.com and a journalist with over 20 years experience at several Trinidad and Tobago and international publications including Play the Game, World Soccer, UK Guardian and the Trinidad Express.
@lasanaliburd
Previous Noble: T&T citizens have not even an orange to suck in bitter economic times
Next Dear Editor: Prime Minister Dr Rowley has duty to trigger investigation into Chief Justice 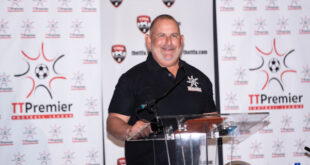