Let us call them simply ‘moments.’ I use the neutral term to refer to those momentous instances when you spot an error that is so glaring that you could not ignore it even if you wanted to.

On Wednesday 26 June, I had four such moments, which I should like to share with the Wired868 readership. Given my very senior rank in the hierarchy of the Constabulary of Grammar Police, I feel no less is expected of me.

I begin by in a sense biting the hand that’s feeding me, dissing the media outlet that’s hosting me.

Moment One occurred right here on Wired868 when a story about the president of a local sporting association appeared with the headline “Trinbago football is in dissarray.” However, I hasten to point out that an error in a Wired868 headline is a rarity. And is often corrected within moments, presumably as soon as the first reader points it out.

Moment Two might be called the case of the homophonic tonic. Homophones, for those who may not be quite certain, are a class of homonyms that involve a group of words pronounced similarly but spelt differently. In the print media, they prove particularly troublesome when the spoken word has to be transcribed; often, the finished text on paper makes little or no sense.

(I digress here for a moment to point out that there are certain public personalities who certainly do not make the journalist’s job any easier in this regard. But I name no names lest I cause embarrassment to the CoP.)

A few everyday examples of homophones are ‘your’ and ‘you’re’; ‘their’, ‘there’ and ‘they’re’ and even ‘to’, ‘too’ and ‘two’, which many people seem to think can be used interchangeably.

On TV6, for instance, for months, viewers were informed that ‘Your watching’ whatever the programme happened to be in the instant case.

Still, I was quite shocked to see emblazoned on the front page of that channel’s CCN sister paper, the Daily Express, ROODAL ON A ROLE!

I can picture the scene the night before. Having just watched the Oscars, the pressroom supervisor phones the editor on duty to get clearance on the final front page headline.

“We’re going with ‘Moonilal on a roll,’” comes the reply.

Giddy with the ambrosia of talented thespians and compelling cinematography, Mr Supervisor goes for a homophonic version that, in a literate society, would make the paper the laughing stock of media circles for a long, long time. But truth be told, it would not surprise me if the error went largely unnoticed—including by many who now work in the media.

I would laugh if the implications were not so serious.

Moment Three involves an anagram, which allows a cricket god to become a tricked cog.

I feel really sorry for the Trinidad Guardian these days. Despite the very obvious problems over at the Newsday, D’Guardian is today the least of the apostles when it comes to readership of daily newspapers.

And with good reason! Word on the street is that the person currently calling the editorial shots has as much first-hand newspaper experience as a former Central Bank Governor had had of fiscal and financial matters prior to his appointment.

So almost without trying, the Old Lady formally of St Vincent Street—see what I did there? — often contrives to match if not outdo her Chacon Street competitor. Not in sales but in errors.

But I think I have figured out what happened in the newsroom on Tuesday evening.

Owing to his stellar contribution to cricket during his playing days, many accolades and glowing superlatives have come the way of the Prince of Port-of-Spain. Hearing that this icon was complaining of chest pains in India, a certain Guardian reporter, whose admiration for the Prince knows no bounds, began to pray fervently that the triple world record-holder would find some way to stave off disaster.

Finally, satisfied that his prayers had been answered, he concluded that it was because the legend had been clever enough to forestall calamity. Hence, we were greeted on Wednesday with a story whose headline proudly proclaimed ‘Brain Lara recovers at hospital after gym injury’.

Moment Four I have styled ‘Ticker on, ticked off.’

The ticker that runs across the nightly TV6 News screen is a regular source of truly horrendous language. Incorrect spelling, inexplicable capitalisation and poor punctuation are rampant, often making the on-screen text a total distraction from the audiovisual content of the newscast.

I had the good fortune not to be watching the news on Wednesday evening but several completely trustworthy friends of mine brought the night’s major howler to my attention.

Drainage is such a perennial problem in this country that people joke that if two passers-by spit in a drain at the same time, it might just be enough to cause a flood.

But successive governments have largely declined to choose the proverbial ounce of prevention option, preferring to opt for a pound of cure. So, flooding remains a problem for which many calls for a fix are regularly issued. Flooding issues, irate residents declare, must be fixed!

And what do the ticker operators make of all this? Why, they manage to mangle the issues, of course! So that when it is reported that the MP for St Augustine has lamented continuing governmental inaction on the problem, we are treated to this gem: PRAKASH WANTS FLOODING ISSUED FIXED.

You might say that it’s all water under the bridge now and there is nothing useful to take away from these four linguistic accidents which all occurred on the same day.

I disagree. I think there is a real teachable moment in these four-in-one-day moments.

One of the symptoms of e-literacy is over-reliance on the spellcheck; literate people know it simply will not detect certain types of eras.

So I wish to leave you with this bit of advice: always proofread you’re documents to insure that your not anything out.

Damian R. Scott is an ICT professional and a lifelong student (and part-time teacher) of language and communication. As Scotty Ranking, he frequently comments on topical issues of the day, dispensing knowledge to all and sundry.
Previous Daly Bread: Blinkered view of crime; why Young’s ‘big fish’ talk fails to convince
Next W/Cup addict comments: Whither Windies: On DJ Bravo, Brathwaite, Holder and the “Universe Boss” 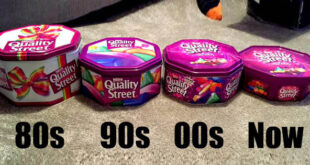 There’s a coalpot somewhere in my storeroom. And I own a bicycle.  Truth is, I …