West Indies cricket legend Brian Lara was admitted to the Global Hospital in Parel, Mumbai today after allegedly complaining of chest pains. However, Lara’s agent, Michael Anatol, assured fans of the iconic former Trinidad and Tobago sportsman that there is no need to worry.

“He is okay,” Anatol told Wired868. “I’m not authorised to say any more except that he is okay.”

Anatol would not confirm whether the ‘Prince of Port of Spain’ was still at the hospital or discharged.

Lara, who turned 50 on 2 May, was in Mumbai to work as an analyst for the Star Sports television channel, which is the official broadcaster of the 2019 ICC Cricket World Cup.

India’s PTI news said Lara had taken a break from his television commitments and was set to resume duties on the eve of India’s next World Cup game against the West Indies on Thursday. So far, the hospital has not released a statement on Lara’s health. However, the PTI said that, according to a source, he is expected to be discharged soon.

“He had an angioplasty done two years back and today was a regular check-up as there is always a fear of heart pain,” a source told PTI. “He is fine and will be discharged soon.”

Lasana Liburd is the managing director and chief editor at Wired868.com and a journalist with over 20 years experience at several Trinidad and Tobago and international publications including Play the Game, World Soccer, UK Guardian and the Trinidad Express.
@lasanaliburd
Previous Gally: Soca Warriors lack identity, I don’t understand what football they’re playing
Next W/Cup addict comments: Sparrow’s Slave, Brathwaite’s brilliance and fool’s gold 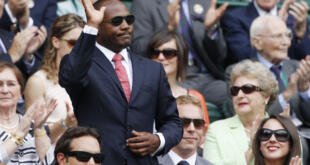