“[…] Activist Amanda McIntyre believes that the original portrayals of the Baby Doll were a parody of the plight of single mothers and, generally, women—a stark demonstration of how they frequently bear the blame and responsibility ‘for something that is normal and natural: sex and sexuality’.

“[…] McIntyre situated her portrayal of the Baby Doll character in her ongoing advocacy work relating to gender-based, intimate partner, and domestic violence…”

The following is the second of a two-part series on the Baby Doll masquerade by Avah Atherton, taken from her articles entitled ‘The Art of Rebellion’ on ‘the essence of Trinidad and Tobago’s Carnival’:

Creative director Arnaldo James, 33, participated in the Belmont Baby Dolls band for Carnival 2019 and 2020. As a feminist, he rejects the double standard of women bearing the repercussions associated with sex.

He calls the phenomenon of women of colour and queer and trans women bearing the brunt of social oppression and disgrace ‘the mantle of Eve’. Referencing the biblical story of Adam and Eve, he believes that the ways in which Eve is often regarded as the poster child for the ‘fall of man’ influence the ways in which women are viewed, as seducers, deceivers and betrayers.

Contrastingly, Adam’s ‘lack of agency and personal responsibility’ allows men to avoid accountability for their actions and their role in the degradation and subjugation of women.

James’ portrayal of a female character during Carnival might seem revolutionary, but it was common practice during the early 1800s. Carnival characters like the Baby Doll, the pisse-en-lit, and the Dame Lorraine were all portrayed by male masqueraders who exaggerated their feminine attributes.

This practice may have been inspired by the Gẹlẹdẹ masquerade in West African Yoruba societies, which venerate the role and power of women in society. However, in Trinidad and Tobago, this led to the classification of these groups as ‘transvestite bands’.

Ultimately, they were outlawed by colonial authorities. Now, homophobia and transphobia are a concern, with members of the LGBTQIA+ community—unrecognised by the country’s Equal Opportunities Act—experiencing unwarranted violence and prejudice.

Referring to the tradition of men portraying typically feminine Carnival characters, James points out that Carnival has always been ‘an expression of sexuality’. His decision to portray the Baby Doll character was a deliberate challenge to his own implicit biases and those of society at large.

He wanted to challenge prevailing social norms which vilify and simultaneously exploit female sexuality, particularly in the Caribbean and during the Carnival season.

“There is so much policing of womanhood, policing of sexuality, and policing of the choices,” says Amanda T McIntyre, a 39-year-old writer and cultural activist.“Women have no choice to make even if they wanted to.”

She believes that the original portrayals of the Baby Doll were a parody of the plight of single mothers and, generally, women—a stark demonstration of how they frequently bear the blame and responsibility ‘for something that is normal and natural: sex and sexuality’.

In 2016, a young Japanese woman named Asami Nagakiya, who travelled to Trinidad and Tobago every year to play pan during Carnival, was murdered in the midst of the celebrations.

In response, the then Mayor of Port-of-Spain claimed that women, with their lewd and vulgar behaviour and provocative pretty mas Carnival costumes, were inviting attacks. The subsequent public outcry denouncing his statements, led by feminist and female empowerment groups, resulted in his eventual resignation from office.

McIntyre situated her portrayal of the Baby Doll character in her ongoing advocacy work relating to gender-based, intimate partner and domestic violence. Her masquerade is a fitting reflection of her worldview and her year-round commitment to activism, as she believes that ‘resistance is related to advocacy’.

On Carnival Monday morning in 2021, wearing a black Baby Doll costume complete with a funeral-like shroud, McIntyre walked a path usually crowded with masqueraders, splashed with paint, littered with the bits and pieces of costumes that didn’t survive the frenzy.

She described the solemn atmosphere that permeated the Queen’s Park Savannah—the traditional site for major Carnival activities—as a group marched in protest over the recent murders of two women, Ashanti Riley and Andrea Bharatt, which shocked a country accustomed to stories of femicide.

The Covid-19 pandemic had forced the government to cancel Trinidad and Tobago’s biggest festival, but the Queen’s Park Savannah could be used to honour women and mourn their loss.

She has been involved in the Carnival industry for over 20 years and credits her mother’s interest in Carnival for getting her involved. In 2020, she designed and launched a Baby Doll band called Crick Crack Monkey that featured large, handmade dolls she called Born Divine.

Nearly three feet tall and sporting a range of skin tones and hair types, each doll carries prominent messages, like ‘Words Hurt’, ‘Not All Violence Is Physical’, and ‘Enough Is Enough’—embroidered in bright red thread on their limbs.

It was only in 2017 that child marriages, a common practice in certain religions in Trinidad and Tobago, were outlawed. Before then, several thousand young girls from as young as age 12 were reported as being forced into marriage with men three times as old.

A public petition initiated this change, classifying the practice as child abuse and a violation of human rights.

Recalling the effort to create the dolls as ‘very heavy, emotionally, psychologically, spiritually’, Sankar-Charleau is emphatic about the need for mas that disrupts the status quo and challenges harmful cultural practices.

She disparages the original Baby Doll portrayal, which can be seen as diminishing the traumatic experiences of enslaved women, describing it as ‘all this colonialism wrapped up in a pretty package’.

“Mas-making is something very personal to everybody,” Sankar-Charleau says. “We imprint our own selves, our own being into it.”

She imbues her experience as a domestic violence survivor into her Carnival designs, using the dolls to illustrate traumatic experiences that are shared by so many women in Trinidad and Tobago. Using the highly publicised platform that Carnival offers, Sankar-Charleau uses the Born Divines to amplify the voices of the activists addressing these issues.

Over 100 years have passed since the Baby Doll character emerged in Carnival celebrations. Original portrayals of the character persist, but new meanings have infused contemporary portrayals.

All speak of loss and lack, a continuity of inequalities and injustice that has remained largely unchallenged over the years. In a patriarchal society haunted by toxic masculinity and violent traits acquired through centuries of human rights abuse, women’s bodies are objectified and exploited for profit.

Now, an unexpected champion shines a blinding light on these darker areas of society. The contemporary Baby Doll masquerade unmasks harmful, antiquated social norms and demands accountability from its supporters.

In portraying the Baby Doll, activists have revolutionised the character’s representation of womanhood and begun exploring the ways in which it can challenge social beliefs and stigma. The theatrics of the performance has now become a platform for voiced protestations about vulnerable populations in Caribbean society.

Those who underestimate the Baby Doll mas do so at their own peril. This character has a voice and it will not be silenced.

Avah Atherton is an aspiring cultural archivist with a focus on oral histories, folklore, and festival traditions. Her work has been published locally in the Trinidad Express, UWI Today, and Wired868, as well as internationally in the Shizuoka Chronicle, AJET blog, Connect magazine, and Smithsonian Center for Folklife and Cultural Heritage. She has an AAS in Journalism and Public Relations from COSTAATT as well as a BA in Linguistics and a PgDp in Arts & Cultural Enterprise Management from the University of the West Indies, St Augustine campus.
Previous Dear Editor: The media must beware of unhelpful ‘post-truths’ about mental health
Next NC files for protection under Bankruptcy Act; TTFA will consider selling Home of Football 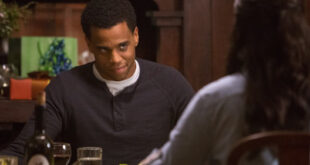