“[…] CA never does look into these issues but seems to be quite skilled in issuing platitudinous and well-rehearsed statements which never admit culpability or offer apologies for their shortcomings.

“[…] CA’s response? We will bring your concerns to the attention of management for guidance. No apology or compensation for the inconvenience and intimidation suffered and no citation of which regulations precisely were not complied with…”

The following Letter to the Editor, which discusses the treatment meted out to passengers by the national airline, Caribbean Airlines, was submitted to Wired868 by Justice Anthony Gafoor:

The tenets that many modern societies may take for granted such as courtesy, efficiency, accountability and transparency seem to be increasingly lacking in certain institutions. Witness the treatment now being extended even to newborn children (17-day old baby detained at airport over PCR test mix-up, Guardian, 1 October 2021).

This latest episode in CA’s mistreatment of customers occurred when a pundit and his family, acting on the advice given by a representative of Caribbean Airlines (CA), were forced to undergo an ordeal at the national airport which resulted in a 17-day-old baby apparently being made to suffer and becoming greatly distressed.

This was due to the inefficiency and misinformation given by a CA official to the family as to the baby not being required to have a negative PCR test for entry into Trinidad and Tobago. This resulted in the family being detained for several hours, being intimidated by armed guards (who eventually retreated when the pundit questioned whether the family was being treated less equitably) and eventually the baby being administered a PCR test at a hotel.

The family was not even allowed to change the child’s diaper!

CA’s response? This is an ‘anomaly’.

Interestingly, the family did otherwise comply with all health requirements, which demonstrates that they were not looking to evade their responsibilities or to pull a fast one or to jeopardise the health of others. Imagine the extent to which CA’s inefficiency led to this family being exposed to contact with several individuals during these Covid times after a long flight, taking into account the ordeal travel now entails, especially with children.

Unfortunately, CA never does look into these issues but seems to be quite skilled in issuing platitudinous and well-rehearsed statements which never admit culpability or offer apologies for their shortcomings.

Several other instances of CA’s inefficiency, including seeking to intimidate passengers, who are advised to keep their coat on their lap in an empty cabin, and being threatened and intimidated upon landing for non-compliance with some vague regulations which are never cited or drawn to passengers’ attention.

CA’s response? We will bring your concerns to the attention of management for guidance. No apology or compensation for the inconvenience and intimidation suffered and no citation of which regulations precisely were not complied with.

Yet, other instances have occurred with the imposition of hefty fares when borders were re-opened and CA enjoyed a monopoly on repatriation flights. This resulted in an avalanche of complaints at how citizens and returning residents were being exploited, no doubt to make up for the shortfall in revenue.

CA’s response? We will look into it. If they have done so, we are not aware of what may have happened afterwards as the divers complaints are quietly forgotten.

Should citizens and residents be made to suffer because of the financial or human resource challenges and deficiencies which CA has? Should their staff not be better trained to have up-to-date information and to be more courteous? Should the airline not be willing to offer compensation for poor customer service and treatment?

Notwithstanding handsome and generous bail-out packages being given to the airline over an extended period of time, it continues to escape any real criticism. It being an entity supposedly owned by the people of this country, should audited accounts and accountability not be the order of the day?

It is ridiculous to hide behind the excuse that other airlines have gone under. That cannot excuse gross inefficiency and mistreatment of customers who have for decades loyally supported the airline and its previous incarnation, BWIA—an airline which, ultimately, belongs to the people of this country.

A national airline should be a source of pride, not a source of shame, mistreatment and exploitation of the citizens of this country who continue to face grave challenges during this time of pandemic.

As the pundit stated: “That’s my swansong with them (CA). They gave us bad information and they (at the airport) were very much impersonal. And how they treated us, it was very disappointing and I’m ashamed to be a Trinidadian. It caused us a lot of stress actually and my wife had just delivered a baby so it was very stressful and I’m disappointed.”

Do we still have compassion?

Want to share your thoughts with Wired868? Email us at editor@wired868.com. Please keep your letter between 300 to 600 words and be sure to read it over first for typos and punctuation. We don't publish anonymously unless there is a good reason, such as an obvious threat of harassment or job loss.
Previous CPL 2021: ‘Reds’ and McWatt review 2021 edition, suggest new franchises, umpiring reviews and more
Next Dear Editor: Rising prices and lowered incomes are inevitable; here is how to adjust 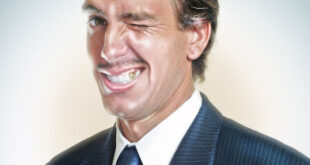 When I turned 18, I did two things that signified for me my coming of …