Deyalsingh apologises for error in regulations, schools on course for 1 Sept restart despite Covid-19 scares

Minister of Health Terrence Deyalsingh said today that the nation’s schools remain on course for a 1 September restart and apologised for an error in his weekend update of the Public Health Novel Coronavirus regulations.

On Saturday, Deyalsingh updated the public health ordinance with an order that all primary, secondary and tertiary schools ‘shall not be open for the purpose of providing education’ unless permitted by the minister, or to prepare or provide educational facilities ‘for persons for the purpose of examination for SEA, CSEC [and] CAPE’.

Deyalsingh also ordered that ‘daycares and pre-schools for children shall not be open for business for the care or education of young children unless permitted otherwise by the minister’.

These regulations were to ‘have effect from 2 August 2020 to 30 September 2020’. It suggested then that school would not re-open on Tuesday 1 September and no earlier than Thursday 1 October.

However, at this morning’s virtual media conference, Deyalsingh said the date given for the restart of school was ‘an oversight’.

“I just got a message from Minister [of National Security Stuart] Young [and] we have to make a correction to the regulations,” said Deyalsingh. “Apparently there was an error made as far as when schools are to be opened. It was an oversight and we will be fixing that. So rest assured that we will be working with the Ministry of Education to correct this oversight and we do apologise for it.”

Wired868 contacted Ministry of Health corporate communications official Candice Alcantara for clarification on the ‘oversight’, what led to it and the proper start date for the new school term. Alcantara refused to respond beyond: “As minister indicated.”

“[TTUTA] views with extreme concern the continued increase in Covid-19 cases across the country,” stated Tekah-De Freitas. “TTUTA is committed to the protection of its members, as well as to the welfare of our students. In light of the most recent developments (three additional schools closed in the last week), TTUTA calls for primary schools to be closed with immediate effect.

“No child’s life, no educator’s life is worth the risk of being in public places for the sake of an examination.”

Last night, the Ministry of Health revealed two more positive Covid-19 cases and recommended the closure of two additional schools, as the second wave of the novel coronavirus continues to gather momentum.

At present, there are 42 active cases of the coronavirus while there have been 182 positive results since the Ministry of Health confirmed its first patient on 12 March.

In each case, the principal—Monique Sciouo Daniel and Sylvester McKnight respectively—was warned that the school’s staff and students ‘were exposed to a Covid-19 positive case and […] are now considered exposed contacts’.

They were advised to shut down their schools for 14 days, during which period their staff, students and their respective households should quarantine at home. The principals were also asked to create lists of all staff and students to ‘complete the contact tracing process’.

Despite the disruptions, the SEA examinations remain scheduled for 20 August.Trinidad and Tobago will hold its General Elections on 10 August.

Editor’s Note: Story amended to reflect the government’s error in their update of the Public Health Novel Coronavirus regulations, as related to the start of the new school term.

Previous Montrose Gov’t Primary closed, SEA students and parents asked to quarantine
Next Dear Editor: Stupidity kills—neither God nor sunlight was ever going to save us from Covid 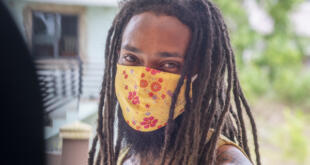