The following is a letter by West Indies Players Association (WIPA) president Wavell Hinds in response to a dispatch from the West Indies’ ODI cricket team, which is headed by captain Dwayne Bravo, that called for his resignation:

Thank you for your e-mail of October 7th and congratulations to you and the team on today’s victory.

Before making any substantive response, I am compelled to first refute in the strongest possible manner all of your previous assertions claiming ignorance on the part of the “senior players” regarding the proposal to discontinue the payment of $35,000 per day of cricket for the benefit of members of the senior West Indies team, and the reallocation of these monies to help to fund retainer contracts for an additional ninety (90) members of WIPA.

Please recall your attendance at WIPA’s AGM held in Trinidad on Saturday, February 1st 2014 at the Capital Plaza Hotel where you, other senior players including Shivnarine Chanderpaul and Ramnaresh Sarwan, along with several other members in attendance, participated in a lively and lengthy discussion about this issue following a presentation made by WIPA Director, Michael Hall.

The minutes of that AGM record your comments expressing 100% support for this initiative and you will be provided with a copy of the resolution authorizing the WIPA Executive to pursue same, which was passed by majority vote of the members present on the floor.

The minutes also reflect the only qualification to your support, which was to ask that the current WIPA executive make every effort to ensure that the shortfall in revenue accruing from the reallocation, be made up in other areas of player remuneration.

I also wish to place on record my strong rejection of your assertion that the press release issued by WIPA on October 3rd 2014 was “inaccurate”.

Contrary to the misinformation contained in your now public e-mails to me, the new agreement between WIPA and the WICB reflects the following increases in match fees (15% across the board) and retainer contracts (ranging from 12.5% to 25%), along with introduction of two (2) new contract categories :

You have expressed, purportedly on behalf of all of the players currently in India, the belief that “…this present WIPA Executive under your leadership has failed to properly represent the best interest of ALL the players.” While we respect your right to express this belief, the fact is that this WIPA Executive has made a concerted effort to represent the best interest of the MAJORITY of our membership – as was clearly pointed out at the AGM.

I would like to respond to your suggestion of there being a “special relationship” between WIPA and the WICB which seeks to “embarrass” and “demonize” some players who represent the West Indies, by stating that the relationship which exists between WIPA and the WICB is special only insofar as it is a departure from the previous adversarial nature which characterized it under WIPA’s previous leadership.

My Executive has made a designed effort to operate in an environment of mutual respect and professionalism, with the common goal of providing an opportunity to earn a liveable wage for more of your fellow cricketers, while attempting to produce better cricketers. I hope that you would see the value in such an approach.

I note your concern regarding my advising that I would be consulting with members of my Executive before responding to the questions posed in your correspondences of “the past few days”. Your erroneous conclusion that I needed to do so in order to get the answers, once again demonstrates the stark contrast in my approach to leadership as against what was the previous norm. I am not a one man band.

You have advised that you have conducted your own “preliminary investigation” while awaiting my response to your questions, and have shared the results of those investigations with me.

I must let you know that during the course of our negotiations with the WICB, our team of me, Secretary Wayne Lewis and Treasurer Nixon McLean were provided legal and IR advice by resource personnel who are either members of the Executive of the Federation of International Cricketers Associations (FICA) or resource personnel provided through their offices.

Regarding the negotiation process, I wish to address the following two (2) assertions made in your e-mail of yesterday:

3)  None of the players were consulted during and after the negotiations of this purported new MOU. This is a process that has been the common practice between previous WIPA representatives and the players. This was completely ignored.

4)  The Players were never given the opportunity to consider the document (MOU) and approve it before it was signed consistent with past practice.

I am sure you will recall that prior to my current role at WIPA, I have held several positions within the Association’s executive – including that of Vice President from 2006 to 2012.

While I am willing to concede that best practices may not have been observed by not sharing the document with any but a small group of our members, I cannot agree with your above assertions that “this has been the common practice between previous WIPA representatives and the players’ or that players have previously been given “the opportunity to consider the document (MoU) and approve it before it was signed consistent with best practice”.

I must also refute the following assertion:

The assertion is wrong on 2 counts:

1.      WIPA does not receive 3% of all players’ earnings. In fact there are many of our members who contribute nothing to the Association by way of dues – including a number of them who are currently on tour in India. May I also remind you that it was this current WIPA executive which (at the request of some “senior players”) reduced the percentage of players’ earnings to be paid over as dues from the previous 5% to the current 3%.

You have asked a number of questions regarding the finances of the WICB in your correspondence of October 7th and I respond by advising that disclosure of the WICB’s annual revenues to WIPA is an obligation of the WICB embedded at Article 8 of the new MoU.

In the midst of this response, I acknowledge receiving further correspondence from you (received today October 8th at 2:46 a.m., Jamaica time) which repeats much of what has been previously communicated, and which inter alia:

I must take this opportunity to remind you that there is a process embedded in WIPA’s Memorandum & Articles of Association regarding the election and removal of officers, and that your call for some members of the current executive and Board to resign is not supported by that process.

We were placed here by the rules of our Association, and will leave only according to the will of the majority of our membership as provided for in those rules.

There will be no resignation by any member of the current executive as our negotiating team considered they had a mandate, took legal and industrial relations advice, consulted with members from time to time, if not all members, acted diligently and in good faith in the interest of all members mindful of our fiduciary duties as Directors, and are of the view that they acted and fulfilled their duties properly in all the circumstances, including the subsequent ratification of the signing of the new agreement by the Directors present at our Board meeting held in Jamaica on October 2nd, 2014.

Notwithstanding, you are free to continue to engage the advisors whom you have already consulted, or any others, as we seek to find a solution to what I still believe is a salvageable situation. We are happy to have any discussions with you to reach an amicable resolution to this present difference.

Your intention to inform the WICB that they are not to take any instruction from this current executive has no merit, as the duly elected executive of the WIPA is the only body which the WICB will recognize and deal with in matters to do with West Indian cricketers.

I note also the reference made in your e-mail of October 7th to the alleged “confusion” on my part stemming from the “….plethora of positions that you occupy being Chairman of Selectors for Jamaica Senior team, a Board member of the Jamaica Cricket Association and the dual role of President and CEO of WIPA have in some way contributed to the confusion or perhaps being a member of the same club as Mr. Cameron in some way may have clouded your judgment”.

In responding to the above, I must remind you of your own involvement with the club to which Mr. Cameron and I belong, you having played for Kensington CC at our invitation at the start of your career in 2004. How ironic that you have been elevated to the captaincy of the West Indies ODI team under Mr. Cameron’s presidency.

I also refer to the following statement in your e-mail of October 8th calling for my resignation:”…..we the players have now lost all confidence in your ability to properly represent the players in any meaningful way and as such, we are calling on the Officers of WIPA and any of those who may have a conflict of interest to tender their resignation unconditionally with immediate effect.”

Where was the conflict of interest when the former President and CEO of WIPA was invited to sit, and accepted a seat, on the WICB’s Board of Directors in 2006?

It is both unfortunate and surprising, that your “advocacy” on behalf of the players has been coloured with personal attacks on my competence and integrity considering the history of our relationship. You should never forget where you are coming from, and who you have met along the way to the current location in your life’s journey.

More from Wired868
Saluting Sir Garry Sobers—Post-script: Have WI given the legend his just deserts? 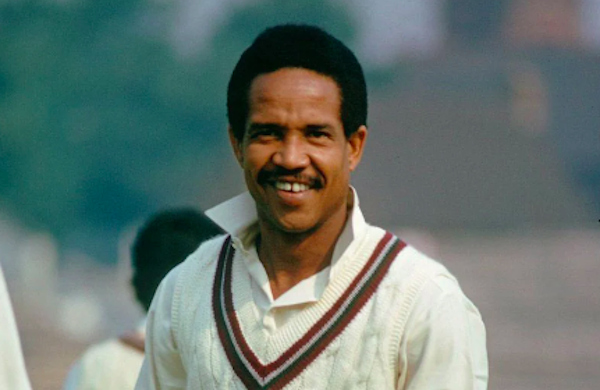 “Did I entertain?” Garry St Aubrun Sobers never asked his fans that question. The answer would indisputably have been an Read more 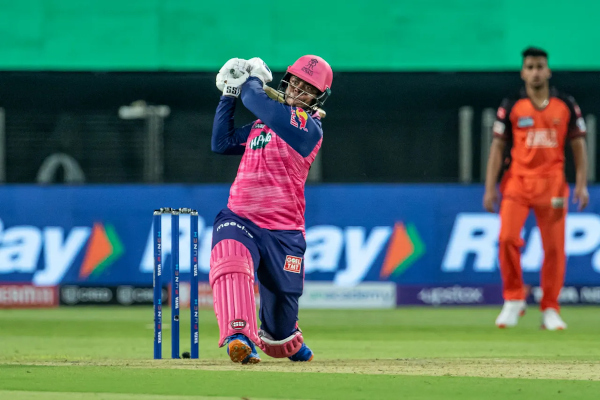 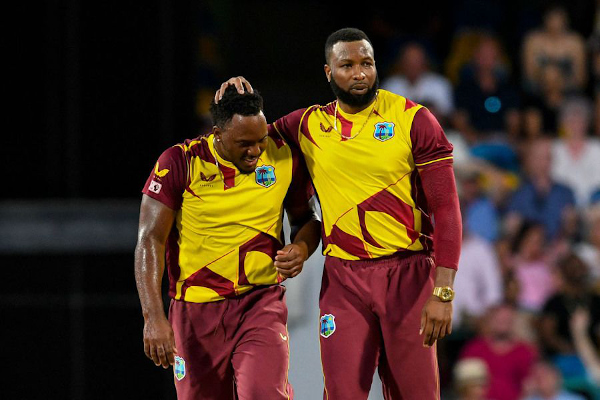 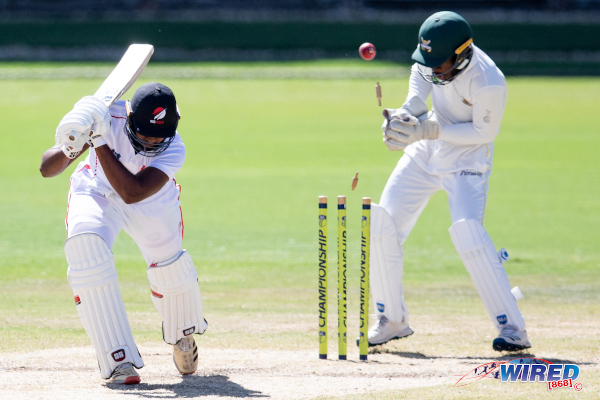 The Trinidad and Tobago Red Force became the first team to win a fixture in the 2022 West Indies Championship, Read more

Best: A selection reflection; if Haynes’ knowledge is ‘second to none’, why does he need a partner? 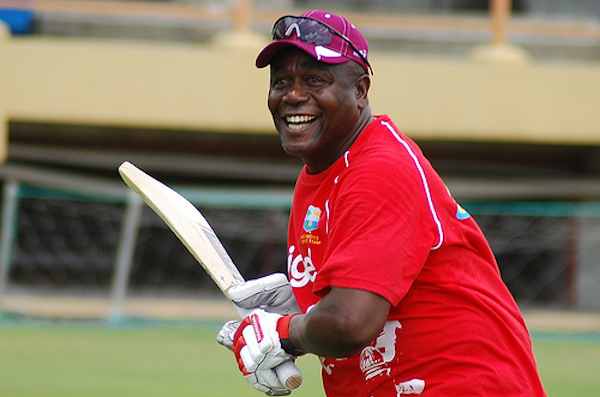 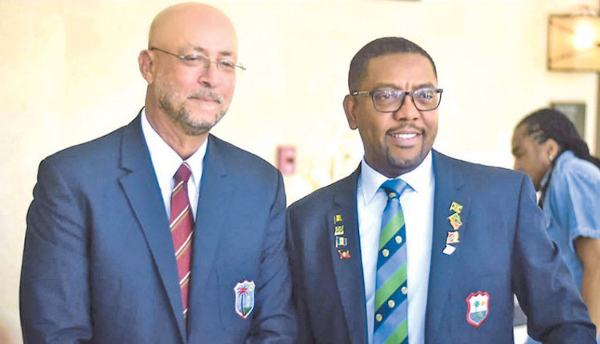 It was, I swear, a completely innocent comment. But the cricket coaches at Queen’s Royal College in the 1960s must Read more 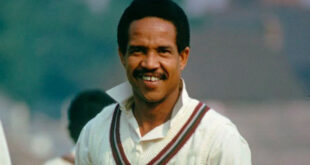 Saluting Sir Garry Sobers—Post-script: Have WI given the legend his just deserts?

“Did I entertain?” Garry St Aubrun Sobers never asked his fans that question. The answer …