Killing ’em with class; why bad teaching can be fatal

The academic rule of thumb states that if you’re good at science and mathematics, you’re supposed to suck at languages. And the reverse also applies. I guess I’m the exception that tests the rule since, at the tertiary level institution where I am still a student, I am able to assist many of my peers in both college level mathematics and English.

During a recent maths session with a nursing student, I saw a bemused look on her face as she pondered the answer to the question we had just done. It turned out that her answer differed from mine. She automatically assumed that hers was wrong and was hesitant, as so many students often are, to challenge me.

I always implore students to cease and desist from this behaviour which, I am certain, hurts them more than it helps them. Focused almost exclusively on getting the right answer, they are often left with little or no understanding of what was done, which I consider to be the true goal of formal instruction.

In the event, her answer was not “wrong.” I had worked, as I often do, with the numbers up to six or eight decimal places until the very end of the question, only then rounding them off. She had rounded off some numbers early on in her calculations, with the result that her eventual answer was slightly off.

After the class, I urged her never to be afraid to politely and respectfully challenge a teacher, which is something real education encourages and that teachers should encourage. Besides being an obvious benefit to the student, it also helps to keep the teacher on his/her toes.

That exchange brought back memories of an almost-30-year-old incident, the memory of which still stays with me. To protect the identity of this still active teacher (his retirement should be soon), I shall use only gender to identify Mr Teacher.

Less than two weeks into the first term, Mr Teacher was demonstrating the solution to a homework problem on the board. He quickly sketched a diagram and, implicitly contending that it was the complete solution, was about to move on. But before he could erase the material and continue, Young ScottyPedia, a stripling closer to 12 than 13 at the time, piped up.

“You know better than me, boy?” he asked. His sarcasm was palpable, audible, visible and, for me, risible. I knew I was right and he wrong!

Wordlessly, I advanced to the blackboard and, chalk in hand, amid deafening silence from my classmates, I demonstrated to the increasingly excited class that his solution was in fact incomplete. He had omitted something for which any student careless enough not to include it in his answer in an exam setting would surely have been sanctioned.

I returned triumphantly to my seat. He muttered some grudging compliment under his breath and hurriedly moved on with the lesson. Also beneath his breath, one of my classmates warned me that I had better watch out—“Teachers don’t like you to show them up,” he said.

How right he was! The matter did not end there.

At the time, fortnightly reports were used to track a pupil’s progress in all subjects during the term. Fortnightly scores for each subject were tallied on a big mark sheet, with pupils’ performances rated from 0 to 10. The form teacher would thus be able to intervene if trouble appeared to be on the horizon.

My form teacher was Bro Patrick Fitzgibbon, a genuine Brother of the Order of Presentation, who hailed from Ireland. As my friend had predicted, while my other classmates registered scores from 5 to 9, yours truly received a 4. Mr Teacher had exacted revenge on me in the only manner he could at the time. This was, mind you, the very first fortnight of the term.

Of course, the matter did not end there.

Of course, I didn’t deserve it.  Like several of his contemporaries, Mr Teacher had settled into the lazy habit of simply copying the previous fortnight’s scores rather than writing in new scores reflecting the individual pupil’s progress in that particular two-week period.

After the third or fourth instance of this outstanding—for the wrong reason!—score, Bro Patrick summoned me and very discreetly inquired whether I was having any problems with the subject. I showed him my corrected assignments. His eyebrows arched slowly upwards as he examined the neatly labelled section of the binder in his hand and simultaneously surveyed the mark sheet.

There was no correlation between the completed assignments, which attested to a clear aptitude for the subject, and the recurrent fortnightly failing grade. But I was left to presume that either teachers were not allowed to challenge their peers in matters of this sort or that I was the wrong colour or the wrong race or the wrong social standing to be deemed worthy of an intervention.

But the matter still did not end there.

Because this was a subject that the entire Second Form (in excess of 100 students) was undertaking and required the use of very limited space and resources, there could be no end-of-term examination in the subject. The end-of-term score for the subject, after some corrective adjustments, was based on the fortnightly results. Every other pupil in my class attained a score ranging from 50 to the high 80s.

Which is really the moral of this story. Bad teaching is what one of my COSTAATT lecturers calls “a residual-action zealicide”—it keeps on killing enthusiasm long after it is first administered. I’m resilient, though, and not easily beaten down.

A couple of years later, I chose to attempt the subject at CXC ‘O’ Level and had as my instructor—would you believe?—the same Mr Teacher.

By this time, I was not just older but had developed a considerable reputation with pupils and staff through my extra-curricular exploits. I don’t think I’m being immodest in affirming that I was one of the best students—if not, the best student—in that class. I ended up with a deserved distinction in the subject.

So the ending of my story is, fortunately, a happy one. But had my personal disposition and ambitions been different, things could have gone oh so horribly wrong for me.

As it has for how many thousands of pupils, ruined by the rubbish that routinely recurs in classrooms all over the Republic. Despite my unsavoury experience, without reservation I urge every student to never feel so overwhelmed in a classroom setting as to be totally afraid to question authority. Teachers, often knowledgeable, are never infallible. Every true educator knows this and will embrace such situations for the genuine teaching moments they are.

I hope Mr Teacher has evolved enough over the years so that if and when he reads this—I hope it will be soon—he might draw a similar conclusion. 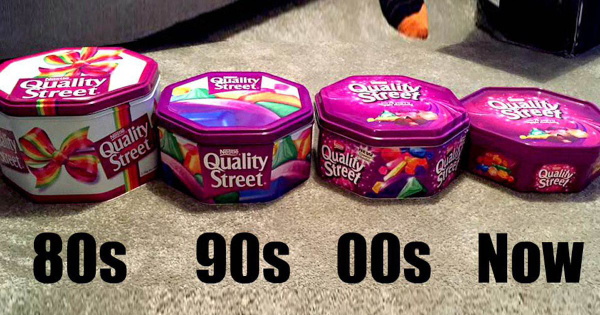 There’s a coalpot somewhere in my storeroom. And I own a bicycle.  Truth is, I down here long. So I Read more

Damian R. Scott is an ICT professional and a lifelong student (and part-time teacher) of language and communication. As Scotty Ranking, he frequently comments on topical issues of the day, dispensing knowledge to all and sundry.
Previous Racism? Infantino says FIFA didn’t care much before; offers odd show of current concern
Next Parliament poops; Morace misses out as Angel, Aimar and Infantino shine in FIFA fete match