“Caps” defeated Chaguanas North Secondary Secondary 6-5 via kicks from the penalty mark in the Central Zone Intercol final on Monday 21 November, only to then be stripped of their zonal title in the boardroom.

The SSFL Disciplinary Committee, after a protest by Chaguanas North, declared on Friday 25 November that Carapichaima East goalkeeper Nicholai Rivers was ineligible to play in the schoolboys competition due to restrictions regarding sixth form transfer students.

Rivers was enrolled at lower six at Chaguanas North in September 2020 but subsequently dropped out of school. He was marked absent for all of his exams at the end of the school year.

He then began lower six at Carapichaima in September 2022.

Chaguanas North contend—and the Disciplinary Committee agreed—that his move must be considered a repeat since he accepted a lower six placement at their school.

However, Carapichaima insist Rivers entered their sixth form programme as a new student, based entirely on his CSEC passes. Wired868 understands that the case could hinge on the goalkeeper’s academic activity with Chaguanas North in the 2020/21 school year.

SSFL president Merere Gonzales did not give a deadline for the Appeals Committee’s ruling on this matter but said only that “due process is being followed”.

He confirmed that an Intercol quarterfinal clash between Chaguanas North and St Benedict’s College is “tentatively carded” for 3.30pm tomorrow at Fatima College ground.

Chaguanas and St Benedict’s were due to play yesterday, just hours after Carapichaima East’s process, but was postponed to adverse weather conditions.

The knock-on effect of that postponement is the Intercol semifinals carded for Thursday 1 December and Friday 2 December will now be played as a double-header at the Hasely Crawford Stadium on Saturday 3 December.

More from Wired868
Intercol 2022: “It’s been in South for too long!” Fatima punish St Benedict’s goalkeeping error in final 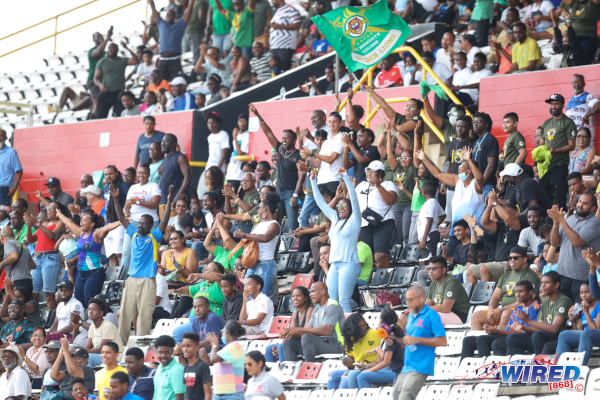 Lasana Liburd is the managing director and chief editor at Wired868.com and a journalist with over 20 years experience at several Trinidad and Tobago and international publications including Play the Game, World Soccer, UK Guardian and the Trinidad Express.
@lasanaliburd
Previous Vaneisa: Mixed appeal—candied fruits versus cherished Christmas memories
Next Orin: The good, bad and the ugly of the 2022 World Cup 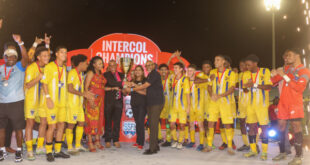