“Three people have silenced the Maracanã,” Uruguay’s right-winger Alcides Ghiggia boasts to a BBC interviewer, “Frank Sinatra, the Pope and me.”

It is 16 July 1950 in Rio de Janeiro. Brazil are up against their South American neighbours in the final match of the fourth Fifa Mundial. The Maracanã is packed to capacity with home fans. But the largest crowd ever to witness a World Cup match is not crammed into the unfinished stadium to watch a football match.  They have assembled here to witness a coronation.

Into the vast stadium have poured some 173,900 paying patrons. The complimentary-bearing and other fans, observers estimate, push the total number present closer to 200,000.

Already, the city’s mayor has proclaimed victory. Already, newspapers have early editions ready. Champions Brazil, they declare. Already, a new song has been composed for the samba band waiting on the sidelines.

Its title? “Brazil, the victors.”

And why not? This all-conquering Brazil team starts this final game leading by one point; to cop the title, they need only a draw.

One tiny oversight, however, threatens to spoil weeks of planning and anticipation. Nobody has remembered to send their opponents the memo.

Quickly, it becomes clear that the Uruguay plan is not to try and match the skill of their hosts. Brawn, body checks and crunching tackles are the order of the day. Leading the way is Uruguay’s rugged captain and centre-half, Obdulio Varela.

He and his teammates reserve the hardest knocks for Ademir and Chico, the Vasco da Gama pair who, between them, have scored ten of the 13 goals Brazil have notched in their last two outings.

At half-time, the teams go in goalless.

But after the re-start, the Brazilians need only two minutes to break the stalemate. Bursting into the penalty area, right-winger Friaça blasts a grounder past Uruguayan goalkeeper Roque Maspoli. It nestles in the far corner.

The would-be champions are finally in front.

However, the home fans sense that, with every passing minute, their neighbours are gaining greater control. The growing tension is almost palpable.

With quarter of the game left, opposing right-winger Ghiggia breaks down Brazil’s left side. His cross finds the head of Juan Schiaffino.

Less than 15 minutes later, Ghiggia again beats the defence for pace. Anticipating another pin-point cross, goalkeeper Moacir Barbosa takes a step to his right. Spotting the move, Ghiggia quickly fires a grounder at the now unprotected near post.

It strikes the woodwork. It goes in.

The record crowd reacts. Like grieving relatives at a graveside, the stunned Brazilian fans wrap themselves in silence, easily the loudest hush ever heard at a World Cup final. The reaction does not help the dazzling stars in white who, trailing for the first time in the tournament, begin to seem hesitant, perplexed.

But a draw will suffice. Surely, skipper Augusto and his men can conjure one goal…

Fast-forward to Mexico 1970. How is it possible for a national team to have won the FIFA World Cup three times in four Finals? How could they lose just two and draw just two of the 21 matches played in the period, winning a whopping 17, over 80%?

Cricket fans are familiar with the story of how, following the 1-5 debacle Down Under in 1975-76, Clive Lloyd transformed the West Indies into a near unbeatable force for the next two decades. This similar story of how Brazil too built a football dynasty begins with the so-called Maracanazo, this 1950 disaster in Rio…

Brazilians have been football crazy since the British introduced them to the game in 1894. For them, football became—and remains—more than the national pastime; for some, it verges on a religion.

The rich and powerful see it as a means of enhancing the country’s global image. The masses are drawn to it because the game ignores both race and status. Out of the favelas have emerged player after gifted player, lifting depressed spirits in dispossessed communities.

The quest for success, however, has not been without its bitter lessons; in planning and tactics, there has been shocking naivety revealed.

His reason? I’m saving the “Black Diamond” for the final.

With no substitutes allowed in those days, the gifted striker looked on helplessly as his mates were beaten 2-1. Leonidas’ double in the 4-2 third place win over Sweden was bittersweet, taking his tally to seven goals in four matches and earning him the Golden Boot.

In the final, fascist Italy outplayed Hungary 4-2 to repeat as champions. And Leonidas and company were denied any chance at swift redemption by the outbreak of war in Europe the following year.

Brazil’s bid to host the first post-war World Cup in 1946 was successful. To mark the occasion, a new stadium, the Maracanã, was being constructed in the capital city. It would boast unrivalled spectator capacity, able to hold almost 175,000 fans.

But pressure of time forced Fifa to back away from the 1946 event. And they postponed the Finals first to 1949 and then, logically, to 1950.

New participation rules required teams to qualify. Sadly, though, the field of qualifiers would equal the all-time low of 13 at the inaugural Uruguay 1930 Finals. Several European nations were focused on rebuilding their countries after the war. And when France, Scotland and India pulled out after qualifying, FIFA were left three short of the projected 16.

Defending champions Italy were automatic qualifiers. However, they arrived with a makeshift squad and no realistic expectations.

Torino players made up almost the entire Italian national team. In 1949, mere weeks away from claiming their fifth consecutive Scudetto, the Torino outfit was aboard an airliner that crashed in Turin. There were no survivors…

To give respectable length to its showpiece event, Fifa improvised. The final phase, they decreed, would be played on a league basis among the four group winners. As such, there would be no final.

On 24 June, the hosts set the tone. With forward Ademir de Menezes netting twice, they routed Mexico 4-0 at the still unfinished Maracanã. However, against Switzerland in Sao Paolo, coach Flavio Costa opted to appease home fans by playing a couple of locals at the expense of the regular starters. They were held 2-2.

After that calamity, Brazil got back to business, clinching their berth in the final round with a 2-0 win over Yugoslavia.

In Group Two, England’s World Cup debut yielded a 2-0 win over Chile. But they next suffered the ultimate humiliation, going down 0-1 to part-timers USA. The scorer of the “American” goal was Haitian-born student Joe Gaetjens, who, in the 38th minute, headed in a school teacher’s cross.

In disbelief, newspaper editors back in the UK assumed 0-1 was a typo. Some early editions reported a 10-1 win for England.

It was the Americans’ only success. As for Gaetjens, who had played one match for Haiti before migrating, he later reverted to Haitian colours in a 1953 World Cup qualifier against Mexico.

Spain won the group, beating the US and Chile before handing England another defeat.

Elsewhere, India’s withdrawal—they deemed the 1952 Olympics a higher priority—had left Group Three one team short. Sweden edged Italy 3-2 and battled to a 2-2 draw with Paraguay to advance as winners.

Group Four was pure farce. With France and Scotland missing, Uruguay easily drilled Bolivia 8-0 to advance almost without breaking a sweat. But the former champions were generally unconvincing.

In the final round, they needed a late goal from Varela to escape with a 2-2 draw against Spain. And Sweden twice led them before a second-half double from Oscar Miguez earned them a hard- fought 3-2 victory.

In contrast, Brazil were rampant. In their 7-1 thrashing of Sweden, Ademir notched a beaver-trick and left-winger Chico grabbed a double. And in a 6-1 demolition of Spain, each added two more.

Back at the Maracanã, the final whistle sounds. Uruguay have regained the trophy won exactly 20 years earlier at the inaugural tournament.

On the pitch, Brazil captain Augusto and his comrades weep uncontrollably. Ditto their countrymen in the stands. Embracing each other, the Uruguayans too are shedding tears—of joy.

All over South America’s largest nation, there is shock and disbelief. A distressed fan, reports say, has committed suicide. And that heart attacks have accounted for three others.

In their confusion, the officials forget the protocol ceremony. Virtually unnoticed, France’s little Jules Rimet makes his way onto the field and presents the trophy bearing his name to Varela.

After his identification of what he had in common with American entertainment’s Chairman of the Board and the Vatican’s Pontiff, he explains how he got the job done:

“I had a split second to decide what to do. I shot, and it went in off the post… It was the best goal I ever scored.”

Hundreds of miles away, in a village whose Portuguese name translates into Three Hearts in English, on their little radio, a 9-year-old boy and his father listen to the match commentary. Junior sees the pain reflected on his father’s face.

“Don’t cry,” the pencil-slim lad consoles him. “I will win the World Cup for you.”

Touched by the love feeding that bold but utterly implausible promise, Dondinho fights back his tears. Wordlessly, he hugs his only son, Edson.

“You are just an innocent boy,” he might well have been thinking. “Dream on.” 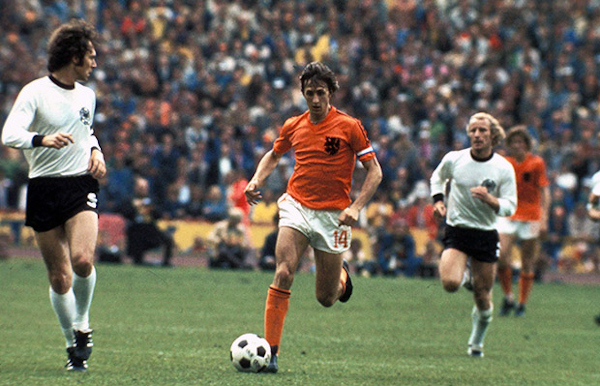 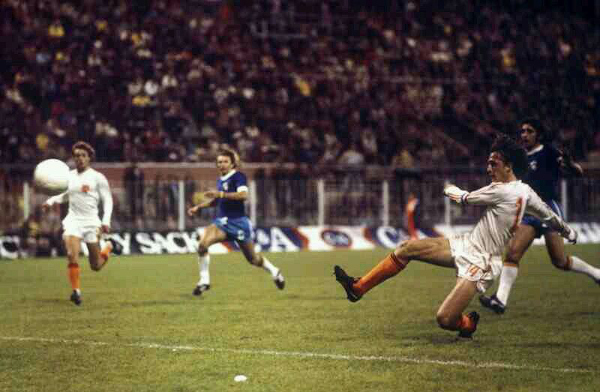 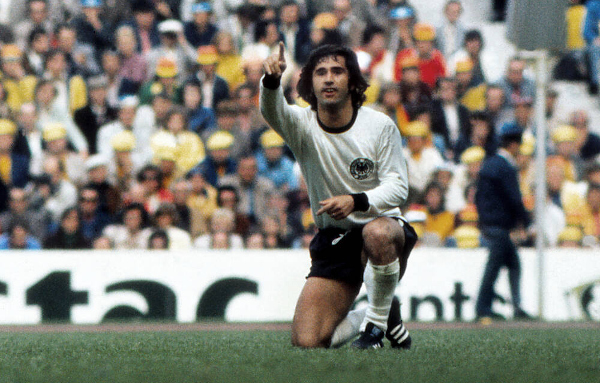 Ashford Jackman spent 29 of his 38 years in journalism at Trinidad and Tobago Television where he was sports editor, anchor and producer. He owns and draws from a considerable collection of books on the World Cup and, in his teens, studied every film in TTT’s library on the subject. His 12 W/C Recalls series seeks to bring to life the golden years of football, its drama and the players who made the World Cup the greatest sporting event the world has known.
Previous Daly Bread: Buoyed by stale or tarnished Opposition, PNM is relentlessly insulting the public
Next Scotty Ranking’s TP story, some more supermarket surprises and shrinkflation 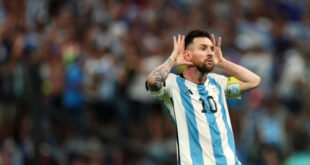