Vaneisa: Backward into misogyny; the problem with “old men” and a “patriarchal world”

Old men are the worst. They see the world as theirs to do whatever they please. No matter the circumstance of birth, they have been conditioned to believe in their inherent superiority.

They din born so. They were taught so. By the time they are old enough to have sense, they start to sip from the chalice.

The seven deadly sins—lust, gluttony, greed, sloth, wrath, envy, pride—are a Christian concept, but it seems to me that as man ages, he becomes more invested in acquiring power, control, money and glory. These lie at the heart of all of humankind’s barbarity. All.

And one of the insidious tools in these quests, has been the conquering of minds, through evangelical religiosity, through racism, through all forms of bigotry.

Brainwashed themselves—and why not believe in doctrines that bestow privileged status?—boys come into manhood with a reductive sense of entitlement that tragically limits the development of their humanity.

By the time they reach biological maturity, more often than not, they have become the old men who wrap their gnarly hands around everything showing vitality trying to squeeze every self-serving drop out of it.

I am not given to stereotypes, not given to hurling groups into coops, not one to say all men are bad. There are many who have escaped the conditioning because they have been able to unlearn what the patriarchal world has fed them. It is not a simple feat.

I encourage readers to step back and take a dispassionate look at our planet’s history before thinking I have jumped on a high horse.

Men have designed religions as a form of control—get the heathens to cow at the prospect of infinitely powerful, omniscient, judgemental divinities, all of whom designate women as lesser beings—and you have an insuperable formula for domination.

These men have created systems of rules and laws that perpetuate this form of ownership of the human mind and body. Even those whose minds are developed enough to embrace and endorse concepts of equality and equity can unconsciously stumble.

That’s the bee in my bonnet today. It started to buzz when I saw a letter in the press saying Nicholas Pooran, one of our West Indian captains, should be dumped.

The author, Fitzroy Othello’s rationale was that his revered university lecturer, Fitzroy Baptiste, said that history repeats itself and Pooran had started off badly.

How anyone could think it appropriate or reasonable to attack a young professional’s career on such a flimsy platform would ordinarily boggle the mind, but from within the realm of cricket, I have seen these old men pass equally unsanitary judgements on players from positions of masculine privilege.

To be frank, I am incensed about something else, another manifestation of this revolting behaviour. For the life of me, I cannot understand why we even have to be making cases for the legalisation of abortions.

Why should we accept that a bunch of old men have the right to tell women what they should be allowed to do with their bodies and their minds?

Some days ago, the International Planned Parenthood Federation launched its second regional office in Trinidad (the other is in Colombia), and I saw a clip and a report of an interview with Dr Faith BYisrael (don’t reporters feel the foolishness of referring to a woman as an Assemblyman, or a Chairman?), who was being asked about the political wisdom of supporting abortion.

She made it clear that from her experience, the legal status of an abortion did not mean that abortions were not sought. The health risks to women seeking the procedure under current circumstances only increase the levels of danger.

She pointed out that a decision to have an abortion is not a simple one, and can be a very emotional, and even traumatic one. That is not an element mitigated by the availability of the procedure; it exists independently.

It is absolute nonsense to reason that keeping it illegal reduces its existence. But unfortunately, this is an issue clouded by irrationality and religious fervour.

One male reporter repeatedly asked the women in a rather confrontational manner, when they thought life began. It was a question with a decidedly religious moral tone, and it completely ignored the issue of a woman’s own right to life.

Anyone following the pro-life, pro-choice arguments knows that a considerable proportion of those willing to shout abuse at those who choose the right to decide on what happens to their bodies and their lives, are women. Women who have been conditioned from birth to accept the religious teachings handed down by men who routinely rape, abuse, molest and practice all sorts of violence against women because they have been themselves conditioned to believe it is their right.

Am I angry about this continuation of violence against women by decreeing that it is against the law for them to have the right to choose? I am.

More from Wired868
Zig Zag, Zika and severance: How our political system gets it wrong 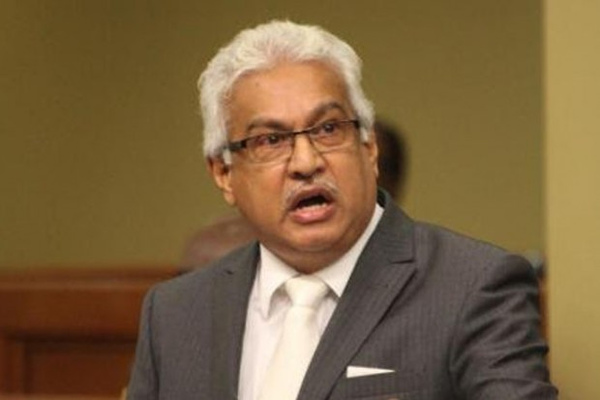 Vaneisa Baksh is a columnist with the Trinidad Express, an editor and a cricket historian. She is currently working on a biography of Sir Frank Worrell.
Previous Salaah: Piarco solar panel system must not be ‘one-off’ in T&T’s move towards renewable energy
Next Noble: Burning the town down—a “plot of distraction and diversion more treacherous than the 1990 uprising” 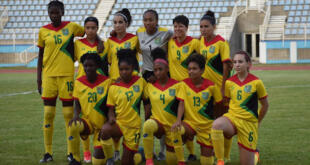 Guyana women footballers: We’re fed up of systemic bias; why are our dreams less valuable than the men’s?

“[…] We feel the impact of years of systemic bias. We have been relegated to …