Think you have a gambling problem? NLCB and Eye on Dependency offer a solution

“Gambling is supposed to be fun,” said Eye on Dependency co-founder Garth St Clair, “but when it becomes a compulsive problem you need help.”

The National Lotteries Control Board (NLCB) agreed with St Clair’s premise. And, today, the two entities officially joined forces with the virtual launch of the NLCB’s Responsible Gaming initiative, which offers support to the punters who lose their heads. The event was hosted by Whitney Husbands.

“Winning is not everything,” said NLCB marketing manager Lisandra Thompson-Khan. “We are reminding our players not to forget themselves while gaming.”

The project was 11 years in the making and follows a trip by St Clair and his wife and partner, Natasha Nunez-St Clair, to the GamCare NGO in Britain, which provides ‘information, advice and support for anyone affected by  gambling harms’.

Eye on Dependency was formed 19 years ago to offer support to persons with drug addictions.

“The NLCB recognises that we operate in what is considered a vice industry,” said Thompson-Khan, “and, therefore, we have a responsibility to provide support to any persons who are negatively impacted by our products.

“So it is with this understanding that we were open to suggestions when Mr St Clair and the team from the Eye on Dependency approached us. We were open to their proposal.”

The Responsible Gaming initiative will see posters set up at all NLCB offices and gaming terminals offering support to players and their loved ones, if they suspect a gambling problem.

“This is your time to come home [and] get the help that you need,” St Clair advised gamblers.

It is not the first partnership between Eye on Dependency and NLCB—described by St Clair as a ‘responsible corporate citizen’. The two entities, he explained, teamed up with the British High Commission for a drive that saw drug treatment courts established in Trinidad over a decade ago.

Eye on Dependency, NLCB and the British High Commission also introduced prison radio to the twin island republic and were behind the award winning 2015 movie, Trafficked, which played in 20 film festivals worldwide.

St Clair said his NGO aspires to ‘turn best practice into very impactful and tangible solutions’ and hopes the current initiative will be no different. He thanked NLCB director Camille Forde and chairman Eustace Nancis for their support.

What is the difference, Wired868 asked, between an avid player and an addict?

“An avid player may wake up with […] a dream or a hunch and they go and play it—you win or you lose, never no mind; and you move on,” said St Clair. “[…] If they are occupied with something they will not run away from it to go and play, and be irritated if they cannot leave to play.

“The person who has that problem […] will play all the draws, they will play all the scratch they could get. Once they win, they will continue to chase that win. It is just like someone taking the first hit of rum or cocaine; that initial feeling that you get, they want to relive that constantly.

“[…] That is the person who will develop a problem where every time you lose there is a crash and they want to experience that high again, so they bet more.

“[…] It starts to affect their mortgage, or they take from their groceries money…They mind a mark for months, and when it doesn’t play, they add a $15 to that, and another $20… That’s a person with a problem.”

Eye on Dependency and NLCB believe they have a solution.

More from Wired868
Dear editor: Is this 21st century parenting? Odai and Samantha Ramischand owe me an apology 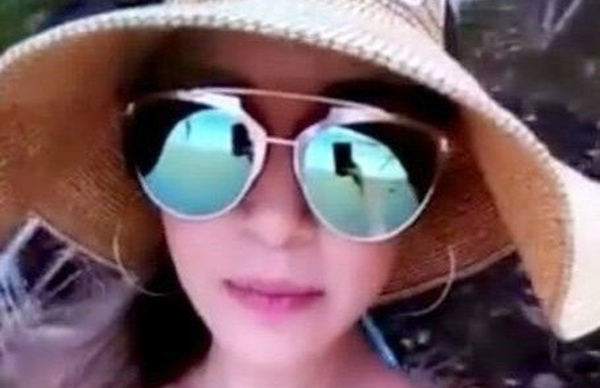 “[…] I can see my poor mother now, picking up the rotary phone and dialling the Ministry of Health to Read more

Lasana Liburd is the managing director and chief editor at Wired868.com and a journalist with over 20 years experience at several Trinidad and Tobago and international publications including Play the Game, World Soccer, UK Guardian and the Trinidad Express.
@lasanaliburd
Previous T&T Futsal Team fall 7-1 to Costa Rica in friendly, King scores consolation item
Next Closed until 23 May! Dr Rowley shuts down range of non-essential services due to Covid spike 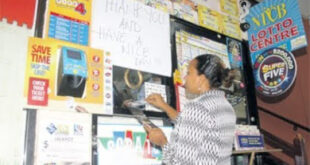