Until David Rudder came along to fill our hearts and minds with his inspirational repertoire, Ah Fraid Karl ranked up there with the best. And Ah Put on Mih Guns Again was among my top dozen favourite calypsoes.

So having long recognised his worth as a calypsonian, I have no Chalkdust bee in my bonnet.

But even as a boy in primary school, I already saw myself as a teacher. And I think it would be hard to find anyone who takes teaching seriously who was not embarrassed by Chalkie’s Letter to Minister Gadsby-Dolly, published in the 8 November Sunday Express.

It is fair, I think, to say that an Express eyebrow or two should have been raised at his claim that Dr Eric Williams’ life was discussed in an early 1950s primary school classroom. On the face of it, none was. Certainly not high enough to prevent publication.

BASTA TRUMP (ENOUGH OF TRUMP), the headline on Selwyn Cudjoe’s column on the top of the same page, did not raise any eyebrows either. Did anybody check the accuracy of the translation? Did anybody care?

Why do I raise it here? Because, in a rapidly changing world, we continue to underestimate the role of the media in education. We have essentially locked ourselves into an old paradigm. Like Chalkdust, like Anthony no-sex-education-will-be-taught-in-our-schools Garcia, many of us still delude ourselves about the educational importance of the physical classroom.

Today, paper books seem to serve increasingly as mere impressive backdrops in virtual encounters. And social media, where irresponsibility revels in the absence of real restraints, are accessible to virtually all and sundry.

Therefore, in its mission to educate, I submit, Dr Nyan Gadsby-Dolly’s ministry must seek to co-opt the conventional media as an indispensable ally, acknowledging and validating the Fourth Estate’s real-world role as the Fourth Educator.

Fourth, mind you, but not quaternary; with a television set and/or a radio in a high percentage of homes, it is, some argue, in fact first in the chronological order!

Chalkie implies that what we do in the schools will save ‘the nation’s future from criminals, abusers, rapists, corrupt parliamentarians and impolite, disrespectful people’. I am unconvinced.

I reckon Minister Gadsby-Dolly, a Gen Xer, will be also; the major problem, personal experience has taught her, is not a shortage of ‘intellectual knowledge’. If in Chalkie’s day, T&T society was not producing the miscreants he identifies—certainly not in today’s numbers!—it is not because the fare on offer in school made for a much more orderly, much more settled society.

Why, then, within a decade of Dr Williams’ oft-quoted Independence line about the future of the nation being in our children’s schoolbags, were Geddes Granger and his cronies from The UWI marching through the streets of Port of Spain, demanding societal change?

And why, shortly thereafter, were NUFF guerrillas, including Woodbrook Secondary’s Guy Harewood and QRC’s Terrence Thornhill, challenging Police Commissioner Randolph ‘Kojak’ Burroughs and his (high-)Flying Squad in the hills of the Northern Range?

“Oh, what a country!” Kitchener’s No Freedom lamented early in that decade. “How come we could be jailing people so without a hearing?”

Why, less than 20 years later, were a not insignificant number of Abu Bakr’s 114 insurgents the owners of the schoolbags Dr Williams had called attention to at Independence?

Might it be at least in part because with Independence had come television? And because, with its arrival, parenting here changed forever?

Once upon a pre-Independence time, perhaps, in accordance with the theory, teachers acted in loco parentis; post-Independence, with women’s lib taking hold and oil money working its way through the system, television gradually became an effective early educator.

Well do I remember the old, oddly shaped Rediffusion box on the wall. On weekday afternoons, my sisters and I would huddle beneath it, close our eyes and listen to Wendy Price’s ‘I’ll tell you a story.’

With our mind’s eye, we were sometimes required to see, I think, douens, la diablesses and soucouyants; I know for certain that each of us came up with our own individual images of, inter alia, Snow White and the Seven Dwarfs, Cinderella and Rumpelstiltskin.

Yes, Chalkdust’s Britons-never-never-never-shall-be-slaves Generation and its successor routinely made our own mental pictures. Comic books—Superman and Spiderman and the clearly racist Mandrake the Magician and The Phantom—inevitably left their negative mark on us. Even on those who preferred books, Enid Blyton and Mills and Boon and Biggles, Billy Bunter and Louis L’Amour.

However, I submit, we retained an efficient imaging facility; both Silent Generationers and Baby Boomers could still easily convert words into pictures. Gen X-ers too, I wager. But cerebral imaging mechanisms arguably gradually atrophied and active imaginations died a slow death.

Do Millennials and Gen Z-ers largely outsource that imaging function? To Disney? Or Bill Gates? Or Samsung? Or some software? Who dares say for certain?

For us BB-ers, were the spaghetti westerns what Star Wars and Seinfeld and The Simpsons represent for Gen X-ers?

And Ernie and Bert, Oscar, and the Cookie Monster represent for their children?

Here is Google on the creator of Sesame Street:

Joan Ganz Cooney […] wanted to use TV as a way to help underprivileged 3- to 5-year-olds prepare for kindergarten. (…)

Some critics have blamed the show and its use of brief segments for shrinking children’s attention spans.

We’d be lucky indeed if all it damaged was attention spans. In his damning 1982 Used to Be, Stevie Wonder affirms that ‘we wrecked their minds with television.’ How far off the mark was he?

It is, I submit, a question which both the honourable minister and today’s educators ignore to their cost.

If it is true that children learn what they live—in Education-speak, values are caught, not taught—then more than ever today, it is only on the culture battlefield that the education war can successfully be waged. 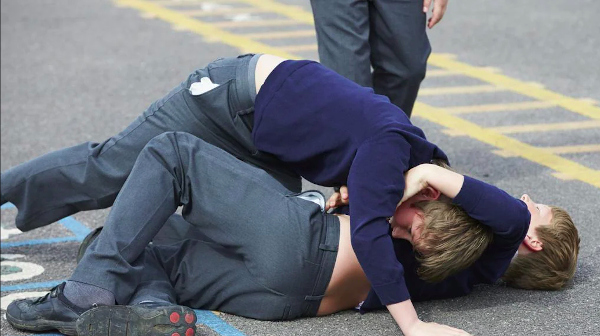 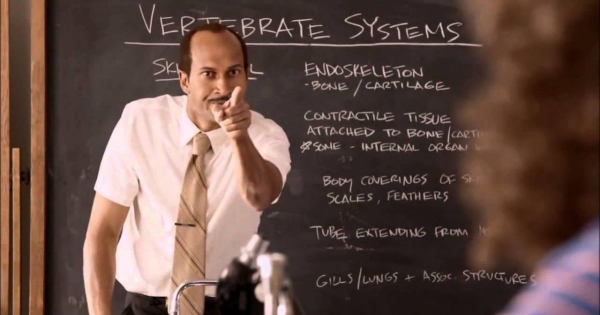 Earl Best taught cricket, French, football and Spanish at QRC for many years and has written consistently for the Tapia and the Trinidad and Tobago Review since the 1970's. He is also a former sports editor at the Trinidad Guardian and the Trinidad Express and is now a senior lecturer in Journalism at COSTAATT.
Previous Rigues tries to postpone election with Hadad’s help; TTSL board, electoral committee insist he must face polls
Next Anna Levi: The right of asylum; the Venezuelan escape—in prose