Chief medical officer Dr Roshan Parasram appeared to veto the 2020 Youth Pro League (YPL) today as he drew a line under his previous stance: no children’s competition before September.

“With regards to any activity in which children are participating before September, and as we have said time and time again,” said Dr Parasram, “we have to recall we are in the middle of a pandemic and things can’t be as they were before. We are asking, please, let all activities related to children be held [back] until September.”

The CMO’s verdict contradicted an assurance from Commissioner of Police Gary Griffith, who, on 22 June, suggested that pre-teens and teenagers were in a separate category.

“What the CMO was referring to was situations like summer camps but for things like the Youth Pro League, permission was already given [to run the competition]. You also have players who are under-18 and training with national senior teams and obviously you are not going to ban them.

Dr Parasram made it clear that this was not so.

“It is not what I consider [a child], there is a legal definition,” said Dr Parasram. “I asked for my Ministry of Health legal officer to confirm and they have confirmed to me that 18 and under is considered a child—based on the legislation.”

Dr Parasram’s assertion prompted a rebuke from the commissioner of police who claimed that the CMO was contradicting the Minister of Health Terrence Deyalsingh.

“It continues to be reported that the CMO is stating that persons under 18 years old cannot take part in competitive tournaments,” sad Griffith. “I wish to clarify that I do not make public comments, and direct the Police, based on my personal view—but based on Laws, Regulations and being briefed by relevant officials to adhere to national policies.

“When asked for clarification by TT Youth Pro League and other youth tournament officials, as to whether such youth tournaments can proceed, I do not communicate with the CMO to be guided but the relevant line ministers.

“Upon which the AG (Faris Al-Rawi), Minister of Health and Minister of National Security (Stuart Young) clearly told me that such tournaments can proceed, and I advised the youth tournament officials as such.

“To hear again that the CMO is stating otherwise, is confusing the life out of my officers as well as sporting officials, parents and players—as the football goal post is literally being shifted every time the CMO speaks on this matter.”

Griffith stood by his earlier assertion that Deyalsingh and Minister of National Security Stuart Young both gave clearance for youth competition to resume, which was relayed to the YPL.

Griffith suggested that Dr Parasram’s view on the threat posed by Covid-19 on athletes under the age of 18 ‘makes absolutely no sense’.

“From a personal view, I agreed with the view of the line ministers, because the logic of the CMO is that it is not a Covid threat if a 16 or 17 yr old trains daily with his football team,” said Griffith, “but if they take part in a tournament, then the Covid virus would lift its head and kick in. In fact, it is just the opposite.

“A club can have 25 young players presently train in a small huddle, but a tournament involves 11 a side playing in a 100 yard by 60 yard field—hence showing that those training can be even more susceptible to being infected than in a tournament.

“So to state that persons can train but not participate in a tournament, is alluding to  Covid being a shrewd, tactical virus that is not a threat for minors if they train; but if they take part in a tournament, it then becomes a serious risk for a minor.

“Likewise if there are 17-year-old players in a national senior sporting team, the CMO is stating that they are at risk to being affected and hence should not be on an adult team, but an 18 year old on the same team is not as risk and can train.”

At present, Griffith’s son, Gary Griffith III, is one of several minors who are training with the Men’s National Senior Team under current football head coach Terry Fenwick.

A government source, who spoke on condition of anonymity, hinted that Griffith was right. However, the CMO’s public position was supposedly meant to discourage unregulated sporting activities between minors.

The government, allegedly, has tacitly agreed with the commissioner of police to ‘turn a blind eye’ to competitions such as the YPL; and there is nothing in the health regulations to penalise sanctioned youth sport tournaments.

The Secondary Schools Football League (SSFL), in theory, should avoid the confusion as competition there does not restart until September. However, the CMO said the upcoming schools season will hinge on the go-ahead from the Ministry of Education—which must weigh up the guidelines for competition handed down by the Ministry of Health.

“[The 2020 SSFL season] is a matter for our Ministry of Education to determine, in terms of their extracurricular activities,” said Dr Parasram. “So I would have had a meeting earlier this week—with the PS and the Chief Education Officer—to discuss the guidelines going forward when school reopens in September.

“The Ministry of Health will send a draft guideline to them early next week and they will then utilise that to determine if there will be extracurricular activities, which will be a decision that the Ministry of Education has to make.

“We will [also] give them guidelines as it relates to activities during normal school hours.”

Interim Secondary Schools Football League (SSFL) president Phillip Fraser, who is also a director at YPL bigwigs, San Juan Jabloteh, said the CMO’s public sentiment was a hammer blow for youth club teams. However, he agrees that health of the nation’s children is the first priority.

“The Pro League [board] was waiting until Wednesday to decide [the fate of the 2020 YPL season]—but based on what the CMO said, I think we can make that call right now!” Fraser said. “It is a big blow to the children. Of course we have to protect the children, first and foremost. But they have a lot of energies right now.

“The amount of children who are in the savannah now readying for the Pro League and coming out to train, you can see the enthusiasm. You know what it is to tell them now that next week is the last week for training until further notice?”

Fraser said the SSFL still has its own deliberations to make about the 2020 schools competition and he could not say much about that until the various zones have met.

“What [instructions] we gave all the zones is to come up with all their suggestions before we decide—based on what we have before us,” he said. “[…] First things first, is the Ministry guidelines; and then zones have to come up with possible contingencies when the restrictions are lifted.”

Fraser, who was elected as the SSFL first vice-president last year, succeeded William Wallace as president on Monday when the latter resigned the post. Wallace, who is also Trinidad and Tobago Football Association (TTFA) president, formally handed in his resignation to the SSFL general secretary on Thursday.

Editor’s Note: A government source, who spoke on condition of anonymity, suggested that Commissioner of Police Gary Griffith was right and sanctioned youth competition can proceed. 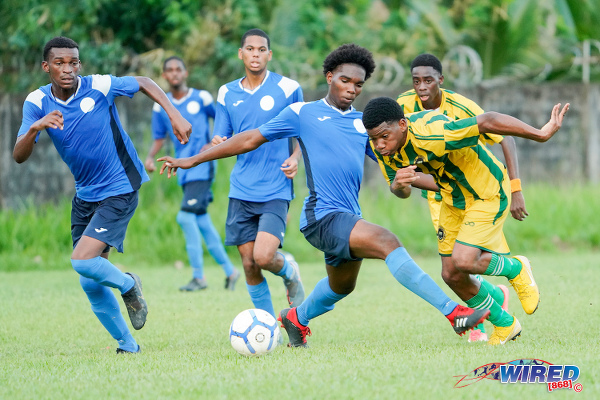 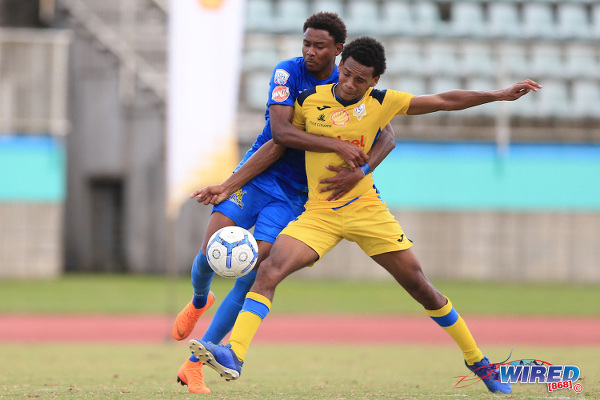 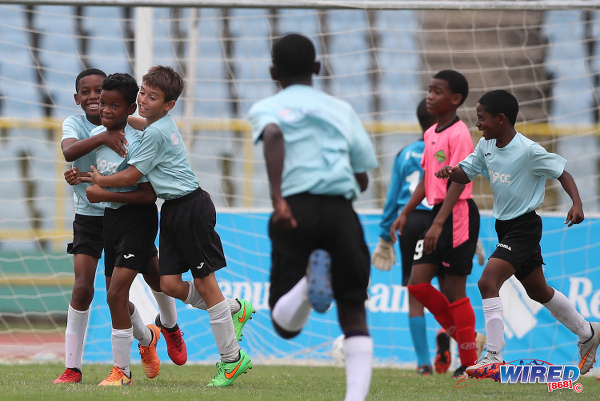 Lasana Liburd is the managing director and chief editor at Wired868.com and a journalist with over 20 years experience at several Trinidad and Tobago and international publications including Play the Game, World Soccer, UK Guardian and the Trinidad Express.
@lasanaliburd
Previous NWU: Covid-19 has not changed law for employees, despite what the ‘new normalisers’ say
Next Gov’t source says Griffith right about youth sports; Deyalsingh to clear air on CMO statements