The Trinidad and Tobago Government has enacted a special Public Health Ordinance for the 2019 Novel Coronavirus (Covid-19), which carries the penalty of a six month imprisonment for anyone who operates a bar, club or provides seated dining amenities for customers.

The law comes into force on 21 March 2020 and will expire on 20 April 2020, which effectively outlaws all three types of businesses for one month. The regulations, according to the act, were passed ‘for the purposes of controlling and preventing the spread of the 2019 Novel Coronavirus’.

At a press conference today, Health Minister Dr Terrence Deyalsingh and National Security Minister Stuart Young admitted that it is impossible to legislate for every single situation and urged members of the public to appreciate the intention of their warnings and use common sense.

Young said the government is not trying to be ‘heavy-handed’ at present but stressed that ‘at the end of the day [the police] will use their persuasive powers’ if necessary.

On Thursday 12 March, when the country had its first positive case, the Ministry of Health revealed that the patient was: ‘a 52-year-old male [resident] of Trinidad and Tobago who returned from Switzerland on Monday night [and had] been in self-isolation since Monday. His family, who also self-isolated, has been quarantined and tested’.

Immediately, speculation begun about the identity of the patient, who is a Swiss national.

Parasram and Deyalsingh said that they erred in that case with the Health Minister revealing that he was criticised by patient advocacy groups as a result.

“I think we would have given out too much [information], to be honest,” said Parasram. “We are walking a thin line when we are dealing with patient confidentiality… Actually the only person who is supposed to get the result of a person who is ill is the patient themselves or their direct relatives—to give out anything beyond that [could lead to the identification] of a patient [and] should not be done.

“I think going forward our information is sufficient to say the number of cases that we have thus far—as far as positive [results]—without an identifier.”

Up to the time of the midday press conference, Trinidad and Tobago had 150 tests with nine positive results. A Caribbean Public Health Agency (CARPHA) release last week stated that, each week, CARPHA member states are allowed ‘a maximum of 20 samples for the detection of SARS-CoV-2 virus (Covid-19)’.

Parasram revealed the boxes that needed to be ticked before someone can be tested.

“It also includes anyone that would have had close contact with a positive case [or] a suspected case, as deemed by medical health care professionals.”

Parasram further explained that such patients are tested from day one to day five, after an offset of symptoms.

“Random testing wastes scarce resources,” said Deyalsingh, who said the Ministry of Health was following PAHO (Pan American Health Organisation) and CARPHA guidelines. “[…] We are in a pandemic, you must guard your resources closely.”

Young revealed that 68 nationals who returned home from an ill-fated Caribbean cruise are now quarantined at a state facility in Balandra. Since the disease is not transmitted by air, there is no risk to villagers there.

The government intends to ‘increase the availability of [its] asset base’ for similar purposes over the next four months, so as to leave the main facilities in Caura and Couva open for more pressing cases while the other hospitals continue to be open for business.

Young revealed too that the Tunapuna/Piarco Regional Corporation blocked the access road to Caura river while the Chaguaramas Development Authority also closed its major beaches—which includes Macqueripe, Williams Bay and Chagville—to the public. Other municipalities are expected to follow their lead.

“Our response to Covid is now being used as a model around the world,” said Deyalsingh. “We have done so well in managing this, in setting up a parallel health system, in absorbing 68 people yesterday seamlessly—and we didn’t stop anything in our regular health care system.”

Dr Hazel Othello, Director of Mental Health at the Ministry of Health, also addressed the media and urged citizens to be mindful of the need to maintain their emotional wellbeing during this time.

Othello said feelings of sadness, anxiety and confusion are common at this time and warned against trying to absorb too much information on the pandemic, which can be counter-productive to one’s mental state.

She asked parents to maintain their normal schedules wherever possible, so children will feel a sense of order.

“Children respond to what they see adults around them doing,” said Othello. “So if you are anxious, they will pick that up.”

People suffering with mental health issues were also reminded not to miss treatment while recovering addicts were urged not to turn to alcohol or other substances as a coping mechanism.

Parasram said the government will now update the media twice daily about Covid-19 tests, at 10am and 4pm. The new timetable was initially given as a supposed complaints by the media about late night emails with test results.

“And they wake up the Minister of Health.”

Although reporters present stressed that the timing of the releases was not an issue, Parasram stuck to the new suggested timetable of twice daily updates at 10am and 4pm.

Parasram also advised that paracetamol was the safest medication to use for the fever at the moment while he said he did not recommend the use of masks for the general population. 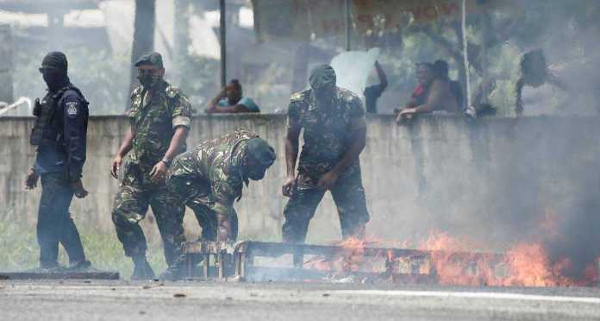 @@Wired868
Previous Sancho supports Fifa normalisation committee, urges ‘former TTFA board’ not to fight back
Next Noble: Living as Christ during a pandemic: the Church’s responsibility to keep followers safe 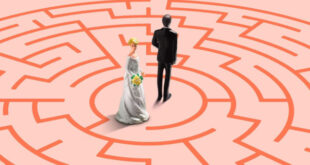