It’s back once again. For the third year in a row, Unveil Media Group, better known as Unveil Magazine, will host their annual Footy Fest event on Saturday 14 December at the Marvin Lee Stadium in Macoya and the action will commence at 10am.

In its first two years, Footy Fest was originally done as a two-day event, with a Seven-a-Side tournament for Premier and Championship Division teams from the Secondary Schools Football League (SSFL) being held on the first day, and an All-Star game with the very top players in the SSFL being contested on the second day. But this year, Unveil Magazine decided to convert the two-day Footy Fest event into a one day spectacle.

“For the past two years, we were able to start on time and finish on time and we would usually finish the Seven-a-Side side event by 5pm,” Pierre said. “So this year, we decided to keep the All-Star game at 6:30pm on the same day, which mean players won’t have to return to the venue on a second day.

“Also, the participating players in the Seven-a-Side event would be able to stay and be entertained by the best in the league.”

Footy Fest consists of three events this year: the Seven-a-Side tournament, which has three categories, Senior Division, Under-16 and for the first time, a Girls Division. Four-time Premier Division winners Naparima College are the defending champions in the senior category, and they will surely look to round off the year with another title under their belts. Players are free to register with another school in the Seven-a-Side tourney once the school they attend is not taking part in the proceedings.

During the Footy Fest event there will also be a skills challenge which will then be followed by the much anticipated All-Star Game, where 46 of the country’s best secondary school footballers have been chosen to represent the All-Star star teams.

There will also be a pair of high-profile figures on the sidelines, as the Soca Warriors pair of Joevin Jones and Jan-Michael Williams will be in the dugout for the respective All-Star teams. This All-Star showdown will also see two of the SSFL’s best goalkeepers squaring off in a head-to-head battle as Jones’ team will be led by San Juan North Secondary’s Emmanuel John, while Williams’ team will be captained by Naparima’s Levi Fernandez. Levi would be sure to get some insightful tips from the experienced Williams.

Some of the other players who will be on show in Saturday’s All-Star showdown are: Ackeem Mason, Kai Phillip, Tyrese Spicer, the 2019 National Intercol winning duo of Aleem Barclay and Ackeel ‘Hulk’ Jacob, and the 2018 SSFL MVP, Mark Ramdeen.

Footy Fest is not your regular football tournament. Patrons and participants will be entertained with an arcade zone and food zone, while there will also be performances at the end of the Seven-a-Side tournament. Special mention must go to Arm & Hammer for sponsoring these teams with their uniforms, and it must be noted that the athletes will be provided with the best recovery care thanks to Movement Mechanics, who has been supporting Footy Fest from inception.

Pierre stated that he was grateful for the support of his sponsors Arm & Hammer, Redbull Trinidad, Movement Mechanics and Digicel for getting behind the Unveil team on this event.

Editor’s Note: Organisers for the Unveiled Footy Fest informed the media on Friday 13 December that the tournament was moved from the Hasely Crawford Stadium to the Marvin Lee Stadium in Macoya. 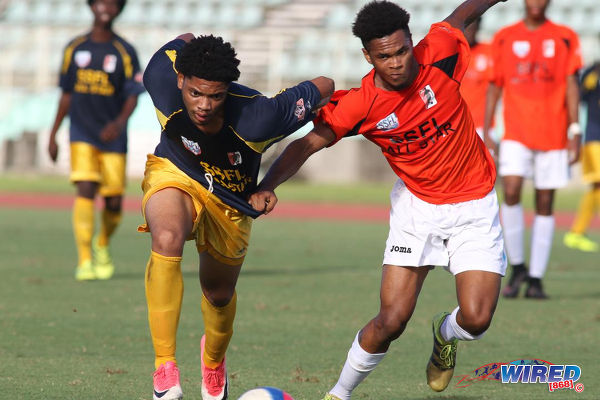 He has, one of his fans has boasted, more hands than a sousou and Denzil “Peng” Smith showed how true Read more 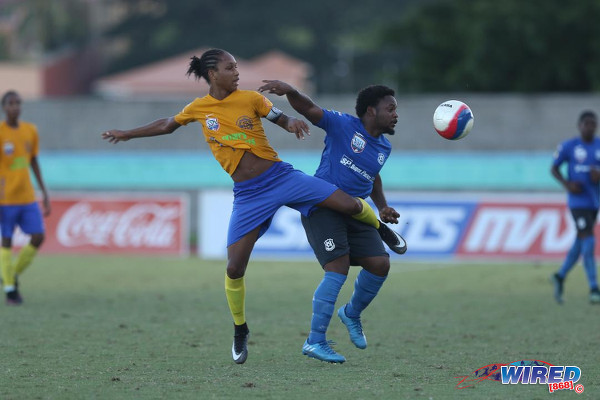 Want to share your thoughts with Wired868? Email us at editor@wired868.com. Please keep your letter between 300 to 600 words and be sure to read it over first for typos and punctuation. We don't publish anonymously unless there is a good reason, such as an obvious threat of harassment or job loss.
Previous Kenwyne, Kirkland, Molino and Mollon among star names for Charity Cup on 15 December
Next Noble: The media and public expectations; why public figures require more scrutiny