Former Trinidad and Tobago National Under-17 Team attacker Nickel Orr banged in the first hat-trick of the 2017 Coca Cola Intercol competition today as Trinity College East cruised into the East Zone semi-final round with a convincing 6-0 win over Holy Cross College at the Larry Gomes Stadium in Malabar.

In the second match of the double-header, winners Valencia Secondary were not quite as comfortable. However, they finished strongly to come away with a 3-1 win over Five Rivers Secondary. The Trinity “Blue Hawks” will now face Valencia Secondary in the semis on Thursday 16 November.

But at day’s end today, it was the early caning that remained in the crowd’s memory. Orr was the obvious star of the show, tallying three goals and an assist for Trinity while Kerdell Sween netted twice, and skipper Romario Williams once to make the march towards the semi-final an easy one.

When Orr slotted home his third goal for the Blue “Hawks,” there was no exuberant celebration. Collecting a loose ball just inside the penalty area, without even so much as a glance at his target, he lashed his left-footer home into the bottom right-hand corner of the net and then turned nonchalantly around to accept the congratulations of his teammates.

His coolness and single-mindedness was characteristic of what was really a clinical demolition of Holy Cross.

In the afternoon heat and under the constant pressure to which they were subjected by Michael Grayson’s charges, the Holy Cross defence wilted. It was not long before Trinity shook their opponents’ net for the first time.

Only five minutes had passed when Sween, a constant menace barging forward from Trinity’s midfield, was felled in the penalty area by Kobe Douglas. After a slight delay to allow the dishevelled Sween to undishevel himself, up stepped Orr to send Holy Cross custodian Dillon King the wrong way and put the Hawks in front.

For the rest of the half, King was kept busy, as Sween especially glided forward seemingly at will. When he was not occupied with keeping an eye on Sween especially himself, he was busy directing his defence to keep an eye on the Trinity East midfielder. Still, Sween managed to sting the keeper’s fingertips on more than one occasion, most notably in the 20th minute when a corner fell perfectly for him. King, however, proved good enough to keep out his shot from point-blank range.

With the Hawks in cruise control, Holy Cross could only threaten occasionally on the counter-attack. At the end of one of these rare sallies forward, Daniel Fernandez produced a deft left-footed chip that had the crowd gasping in disbelief. With Emmanuel John in the Trinity goal completely beaten, the ball undeservedly sailed just over the bar.

But the half belonged to the team from College Avenue and they scored twice in the four minutes preceding the interval to kill off the match as a contest.

First, Kishon Hackshaw blew past Israel Copeland on the left flank and teed up Orr with an inviting cross. The striker showed off his skill with an accurate overhead kick which King could only parry. King again stopped Tyrese Williams’ shot from the rebound but Orr then scored with Trinity’s third bite of the cherry.

Three minutes later, collecting a low cross from Orr, Williams made the score 3-0 in the Hawks’ favour.

In the second half, Sween lashed home a fifth between Orr’s second and the completion of his treble, which he calmly slotted home at the death.

The daunting 6-0 score-line in that game does nothing to dampen the optimism and enthusiasm of Valencia Coach Roland Clarke, whose side will be one of three sets of new boys on the Premier Division block next season. Clarke still likes his team’s chances when next week they line up against the side that campaigned successfully in the Premier Division this season.

“I want to take the team the next step forward,” he told Wired868 after they gained promotion last week. “Premiership is the level and that is where I want to compete at. Valencia is a proud community and, now that they [the players] have the opportunity, football will be alive and well in Valencia.”

In the second match, Clarke’s troops certainly grabbed their opportunity with both hands in what turned out to be a more evenly contested match. The Orange Tide pressed the Five Rivers defence from early, with Valencia’s skilful Kerron Kelly keeping Five Rivers’ left-back Yorrick Bobb busy with the searching lofted passes he constantly sent in the direction of Jeremy Adolphus.

And it was Adolphus who eventually opened the scoring just after the half-hour mark, tapping in a ball Akil Skeete squared from the left.

Much to the joy of their fans, “Rivers” were back on terms before long, their equaliser coming when custodian Hezron D’Abreau’s unwitting clearance rebounded off Jamal Thompson and he outsprinted the keeper to slot the loose ball home.

Five Rivers couldn’t seize the advantage, though, and a blunder at the back allowed Kerdel DeVerteuil to stab home from close range for Valencia to reclaim the lead in the 62nd minute.

Seven minutes later, it was game over. Adolphus unselfishly opted to set up Daniel La Croix, whose shot left Zion Cassimy in the Five Rivers goal without a prayer.

Then, with a mere five minutes to go in regulation time, the Five Rivers woes deepened. Having already been booked for dissent in the first half, Jabari Watson leapt in two-footed on D’Abreau and was sent for an early shower.

When the final whistle went, the players in orange all looked less exhausted than had been the case in their play-off outing last Tuesday.

The questions lingering on fans’ lips for the next eight days, however, are likely to be whether the stubborn Valencia defence will be able to contain Orr in the semi-final. Or whether Grayson’s attack, their appetites whetted by today’s feast, will prove good enough to help Trinity to their first zonal final berth.

SSFL 2022: Noel keeps San Juan perfect as they get it out the mud against Trinity East 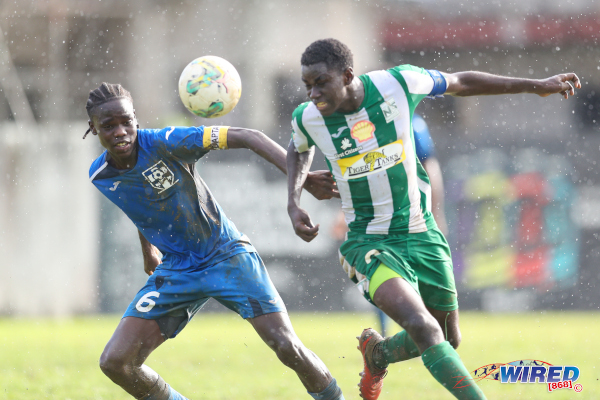 Get it out the mud! San Juan North Secondary kept their perfect start to the 2022 Secondary Schools Football League Read more 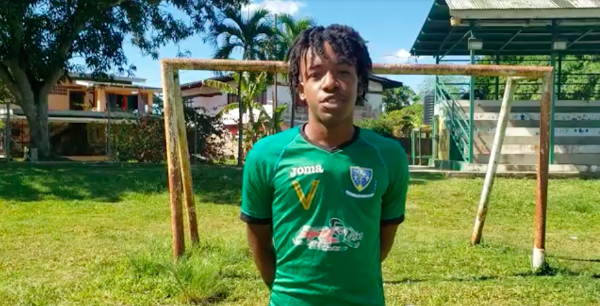 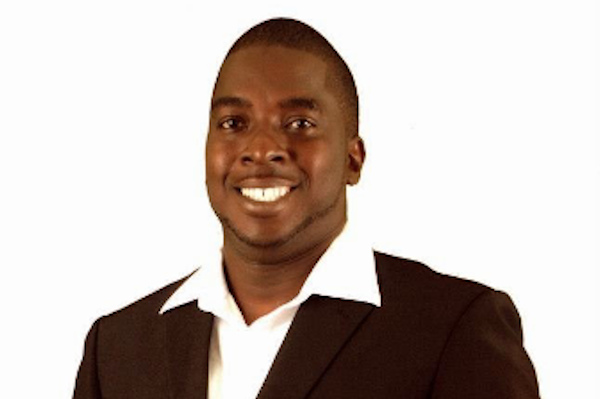 ‘Mr Pollard is the MVP!’  Herd immunity is something for which many governments all over the world are searching. In Read more

Sean Taylor is a freelance writer with seven years' experience in the field, who has written for local publications including the Campus Chronicle, UWI Today, USPORTT, Metro and the Trinidad Express. He also studied Communication Studies and Portuguese at the University of the West Indies.
Previous Intercol 2017: La Romaine Sec set up quarterfinal clash with St Benedict’s; East and Central start today
Next More bloodletting at SPORTT; directors McFarlane and Jan axed after demanding transparency 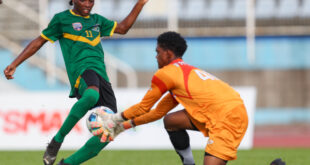