Negative characterisations are not liked by our rulers and their satellites when they are on the receiving end although they frequently abuse us. ‘Do so eh like so’ has resulted in a flurry of attacks on the vice-president of Guyana, Bharrat Jagdeo, for saying last week that ‘things in Trinidad are falling apart’.

Mr Jagdeo is basking in Guyana now being a hotspot for lucrative energy sector development, after the wealth derived from that sector in Trinidad and Tobago over decades bred some arrogant attitudes towards our regional neighbours. In addition, in the words of a former Jamaican prime minister, that wealth passed through T&T ‘like a dose of salts’.

Unfortunately, in many areas our citizens would be very lucky to be able to access water in which to dissolve salts. Having wasted and tief out so much of the country’s then ‘money is no problem’ wealth, our Republic—with rain repeatedly flooding us out—lacks a reliable water supply.

Recently, the relatively unspoiled marine environment of Tobago called No Man’s Land came to symbolise the dysfunctional state of our law enforcement and the consequent encouragement to anti-social elements to do as they please with impunity.

I refer to the recent gathering on the ocean near No Man’s Land, which apparently breached the then restrictive public health regulations. In a manner reminiscent of comedic cops portrayed in the movies, the police in Tobago had no boats onto which they could embark and enter the area on the ocean to investigate and curtail the activity.

They attempted to bumble across the land adjacent to the ocean, but were reportedly thwarted by a trench in the terrain. They just looked laughable as their operation fell apart.

There are other things that the No Man’s Land incident typifies such as the discriminatory and snobbish categorisation of boisterous parties as ‘zessers’ while derogatory terms are not used to describe paler, posh parties and the indiscriminate use of fireworks.

The incident is also an example of the abandonment of Trinidad and Tobago to unchecked noise pollution.

Historically, no-man’s-land referred to the strip of land separating the soldiers fighting each other in trench warfare in World War One. It was reputedly full of a dreadful mix of mud, blood and rotting bodies.

The phrase has passed into general use to refer to any isolated place, of which the site in Tobago is an example. It is also used metaphorically to refer to being stuck in an unproductive or indefinite situation, as we are stuck with fear of violent crime and home invasion—whatever statistics are deployed to show the contrary.

The lack of confidence in law enforcement, the vulnerability of witnesses to reprisal and snail-pace criminal justice has undermined the desire to report crime and to co-operate with the authorities.

If our rulers, playing with words, do not want to accept that things fell apart long ago in crime prevention and detection as well as the supply of water and the surrender of the country to noise pollution, very many citizens are certainly stuck in a no-man’s-land full of fear—scrunting for water and frequently sleepless from music pounding well beyond midnight.

While on the subject of playing with words, I noted the Prime Minister’s comment on State-controlled Paria Fuel Trading Company (Paria) leaving the families of the divers under a bus shed outside the company’s compound as they waited for news about their loved ones.

He reportedly said: “That situation, Paria didn’t handle that in the best way that it could have been handled.”

My deceased mother, Celia, might have said ‘not the best way, my foot!’ Regardless of ultimate liability for the fatal incident, humanity within the top officialdom of Paria totally fell apart, but they acted with impunity. 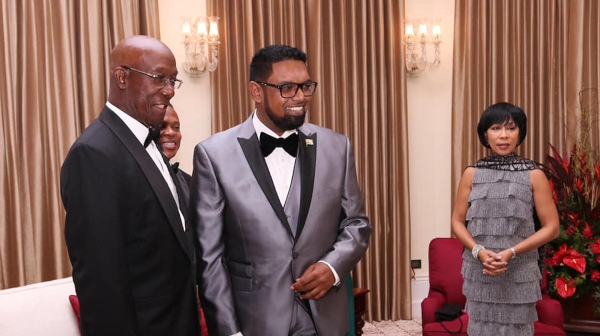 Martin G Daly SC is a prominent attorney-at-law. He is a former Independent Senator and past president of the Law Association of Trinidad and Tobago. He is chairman of the Pat Bishop Foundation and a steelpan music enthusiast.
Previous Noble: Brer Anansi stories; Dr Rowley’s Guyanese minefield
Next CPL 2022: TKR sign Pooran and Russell; Bravos reunited at Patriots; King, Allen join Tallawahs