“[…] What is the point, you may ask, of summarising the Cuban response to vaccination against Covid-19?

“Well, let’s first look at some of the arguments against Government’s proposed policy of ‘semi-safe zones’ in the Public Sector, the expected legislation and its vaccination policy as advanced by T&T’s trade union movement…”

The following Letter to the Editor, which discusses the issue of the Trinidad and Tobago trade union movement’s responses to the Government’s proposal for so-called ‘mandatory vaccination’, was submitted to Wired868 by a former trade union member who requested anonymity:

“As of 18 November (2021), 89% of Cuba’s population—including children as young as two — has received at least one dose of Soberana 02 or another Cuban vaccine called Abdala, which is produced at the Center for Genetic Engineering and Biotechnology (CIGB) in Havana.”

This level of vaccination represented the successful implementation of a very ambitious plan by the Cuban Government to vaccinate 90% of its population against Covid-19 by the end of December 2021.

Dr Verez Bencomo, Director of Cuba’s Laboratory National Bioproducts Center, adapted the use of the decades-old ‘conjugate- vaccine technology’ to tackle COVID-19. The on-line publication ‘Nature.com’ suggests that, at the time of publication, about 2 million of Cuba’s children were fully vaccinated.

According to a Reuters publication, which cites the Cubadate Digital News Outlet, all children between ages of two and 18 years will be vaccinated with two doses of its locally produced vaccines, Abdala, Soberana-02 or Soberana-Plus. The celebrated Cuban, Russian and French-educated Director of Cuba’s National Laboratory PhD Verez Bencomo, says that ‘unpublished data suggest the vaccine is safe and effective’.

Llena Morales Suárez, a Cuban Ministry of Health official, confirmed that the roll-out of this vaccination plan, in fact, closely resembled its many annual community-based clinic vaccination activities.

He summarises that this was as effective as the trials for the already World Health Organization (WHO)-approved Johnson & Johnson (J&J), and AstraZeneca vaccines.

The Cuban research team also seemed to underscore their confidence in the WHO standards for the approval of vaccines. Their confidence in the safety of their own vaccines prompted their relatively new president, Miguel Mario Díaz-Canel Bermúdez, to boast that, by the end of the last calendar year, the targets of Cuba’s ambitious vaccination plans would have been achieved.

What is the point, you may ask, of summarising the Cuban response to vaccination against Covid-19? Well, let’s first look at some of the arguments against Government’s proposed policy of ‘semi-safe zones’ in the Public Sector, the expected legislation and its vaccination policy as advanced by T&T’s trade union movement:

1. Government’s policy decisions are based on incorrect classification of many deaths: As of the 25 January, T&T has a total of 3335 deaths officially classified as Covid-19-related. If we assume only 25% (834 deaths) of these have been correctly categorised, would that not justify the restrictive decisions taken by the T&T Government and by governments everywhere, including Cuba, in order to reduce infections and save lives?

Ironically, it was the opening of the Cuban borders without a requirement to test that led to a significant spike in infections and, subsequently, this ambitious vaccination roll-out.

2. The vaccines were developed too quickly: We are in a pandemic. Can we afford to wait 10 years for a vaccine? Cuba, the only developer of a vaccine in the Caribbean and Latin America, came up with theirs between 2020 and 2022 as had all other developers. Like many of the other manufacturers, Cuba’s Laboratory adapted existing vaccination technologies to produce their vaccines.

3. We are not sure what’s in the vaccines: This is true. But, as clearly articulated by Bencomo, vaccines for many childhood diseases and other vaccines for tetanus, hepatitis, etc have been created from similar technologies.

This may be an overly dismissive response. Of course, it does not explain or identify what is in the Covid-19 vaccines or what are the ingredients of or in any of the vaccines.

However, it clearly underscores that we have always trusted the majority of the approaches used to develop the vaccines that continue to protect us from a variety of otherwise deadly infections and diseases.

As a matter of fact, by November 2021, Cuba had administered at least one dose of a vaccine to just over 80% of its population, inclusive of over two million children. They have not yet, however, published all of the data on their vaccines.

4. Each citizen has the freedom to choose if (s)he gets vaccinated: Personal rights should never be trampled upon. The greater good does not diminish our personal rights.

I also, therefore, appreciate the symbolism of Cuba’s resistance against capitalist ideals and, therefore, the romanticism in the attitude of many comrades to the Cuban way of life.

This leads me to conclude with just two questions:

Do FITUN and JTUM generally support the Cuban model of governance?

If so, do we believe that the Cuban Government achieved this level of vaccination without a policy of mandatory vaccination? 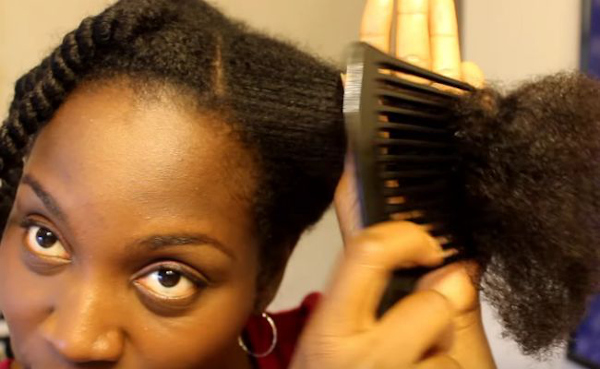 Want to share your thoughts with Wired868? Email us at editor@wired868.com. Please keep your letter between 300 to 600 words and be sure to read it over first for typos and punctuation. We don't publish anonymously unless there is a good reason, such as an obvious threat of harassment or job loss.
Previous Best: One short! Why Hosein joins Brathwaite and Lara on the long-lasting WI memories list
Next West Indies recall Roach for India ODI series; King and Bonner selected but Evin misses out 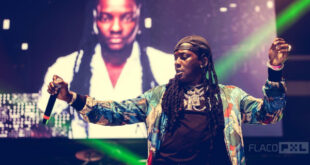