‘[…] Organised outdoor sports leagues, professional and amateur, have been reopened all around the world, and I would love for someone to show where it has resulted in the kind of spread associated with bars, gyms, or even churches and religious gatherings …

‘[…] Our players, coaches, administrators, facility managers, janitors, grounds people, etc, all should be aware of salient reasons for outdoor sports to be shut down while bars, gyms, movie theatres, and churches are allowed to operate …’

The following Letter to the Editor was submitted to Wired868 by Brian K. Jordan, tournament chair of Next Level Consulting Limited:

Having spent almost a decade between the Pro League, Secondary Schools Football League and now as the primary sponsor and tournament chairman of the Next Level Consulting Limited U19 Community Invitational Tournament, I feel obliged to strongly express that we need to organise as stakeholders for the safe reopening of organised outdoor sporting activities.

Our youth football tournament was started in 2019 and ran from December of that year to March 2020. Our mission is to have young people play three more months of football in a home and away environment, allowing for their continued development and giving them a platform toward higher education or as professional athletes. The tournament ran in communities across Trinidad, and we have had teams in Tobago requesting to participate this season.

Luckily, we were able to conclude last season prior to Covid-19 shutting down the country last year. Understandably, as we are a safety-first entity, we delayed the new season from December 2020 to April 2021, with an expectation that once bars, restaurants, gyms, movie theatres and churches were re-opened, we would soon see the resumption of outdoor sports.

Not taking anything for granted, on behalf of our committee, I submitted strict Covid-19 protocols/guidelines to the chief medical officer (CMO), which our tournament would be expected to follow to receive a waiver or preliminary approval.

My first letter was sent by email after the prime minister allowed for the resumption of national team training. In it, I explained that most of our national youth players would be participating in the tournament. We further outlined that this would aid in their preparation for national duty.

After several email follow-ups and phone calls went unanswered, we were eventually advised that since non-national players would also be participating in the league, we could not resume at that time.

On 14 January, knowing that we had an Australian partner who wished to televise the games online to a global audience, and a local partner interested in broadcasting the games locally, we again wrote to the CMO, with an even stricter list of Covid-19 protocols. We asked for feedback and for a Zoom meeting, to allow for two-way communication with an eye on kicking off in April 2021.

It’s the end of March, and I just received an email essentially asking for the letter sent on 14 January to be resent with my signature for review.

This shocking news is sad for all of us sporting stakeholders. Alas, our hopes for engaging more sponsors and not relying on the government for financial assistance was again hamstrung—by the same government we had hoped not to rely upon. What cruel irony.

Suffice it to say, that email from the CMO’s office and technical director of the epidemiology division Dr Avery Hinds’ recent pronouncement that the recent spike in Covid-19 cases correlates with the increase to 22 persons allowed in recreational settings, have pushed me into making a call to our leaders and sporting stakeholders to come together and get us moving toward reopening organised sports.

Now, if there is proof that bars, restaurants and churches are a source of spread, then, by all means, curtail those activities. Organised outdoor sports leagues, professional and amateur, have been reopened all around the world, and I would love for someone to show where it has resulted in the kind of spread associated with bars, gyms, or even churches and religious gatherings.

Without that data, I think it’s way past time that all outdoor sporting stakeholders come together and responsibly put a plan together, which the office of the CMO should be able to review and approve or tweak to allow for the safe re-opening of organised outdoor sporting activities.

Our players, coaches, administrators, facility managers, janitors, grounds people, etc, all should be aware of salient reasons for outdoor sports to be shut down while bars, gyms, movie theatres, and churches are allowed to operate.

Bar owners formed the Bar Owners Association and noisily protested their continued closure. Some were given compensation and then were allowed to reopen. Churches and their membership were given funds to compensate for their closure by the government. Has every segment of the sporting fraternity been adequately compensated for the continued shutdown?

We all have families and deserve the same responsible financial and scientific consideration as any other sector. At a minimum, we deserve some direct communication. It’s time to come together and get our voices heard so that our sports folk get back out as safely as possible. It’s the least we can expect at this point.

Want to share your thoughts with Wired868? Email us at editor@wired868.com. Please keep your letter between 300 to 600 words and be sure to read it over first for typos and punctuation. We don't publish anonymously unless there is a good reason, such as an obvious threat of harassment or job loss.
Previous Camille: All mechanisms in Parliamentary Standing Orders remain intact, despite Opposition complaints
Next Martin: T&T had improved possession, but insufficient penetration and indisciplined defence 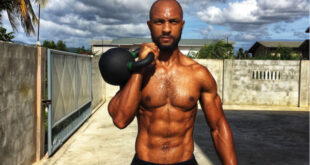 “I just wanna be stronger and faster…”: Day in the Life of a CrossFit athlete