Trinidad and Tobago will attempt to make it two World Cup qualifying wins from as many outings tomorrow when the Soca Warriors face Puerto Rico from 5pm at the Estadio Centroamericano, Mayaguez.

“We recognise this will be a very tough game,” said Trinidad and Tobago Men’s National Senior Team head coach Terry Fenwick, in an edited clip relayed by the TTFA Media. “[…] We see the pace, the power, the quality [Puerto Rico] have upfront. Very well organised with the new coach. We will be on our toes to keep on top of the situation because of the quality you have got.”

It was, almost certainly, Fenwick’s trademark hyperbole. ‘Huracán Azul’ or ‘Blue Hurricane’, as the Puerto Rico Men’s National Team are called, have one squad member with more than a solitary international goal: captain and centre forward Sidney Rivera.

The 27-year-old Rivera, who is unattached after being released by the Bangladesh Police FC team during the Covid-19 pandemic, has two goals from six caps—with both items coming against what was Fifa’s worst team in the world at the time, Anguilla.

Puerto Rico, who are ranked 179th in the world and 25th from 35 Concacaf countries, have never defeated Trinidad and Tobago, while their biggest success to date as a football nation was qualifying for the group stage of the 1993 Caribbean Cup. (Guyana, incidentally, are ranked 167th by Fifa and 20th in Concacaf.)

The Puerto Rican Football Federation hired Dave Sarachan as its coach for the Qatar campaign on 24 February 2021; and, just two weeks before the opening qualifier against St Kitts and Nevis, the American coach was still screening players for the team.

It is not preparation becoming of a team with genuine ambitions to advance past the group stage.

Still, Puerto Rico, who lost 1-0 to the ‘Sugar Boyz’ on Wednesday, could provide a different sort of challenge to the Guyana team that Fenwick’s Soca Warriors steamrolled 3-0 on Thursday night.

While the Golden Jaguars possess a half dozen players with the quality to perform at this level, 17-year-old midfielder Wilfredo Rivera who just signed a three year deal with MLS team, Orlando City, is the only nominally top flight player in the Puerto Rico squad.

However, whatever Puerto Rico may lack in talent, they would hope to make up for it in organisation. Sarachan, a former MLS head coach with Chicago Fire and caretaker of the US Men’s National Senior Team, has a solid CV on the bench.

Sarachan, incidentally, was assistant to Bruce Arena on 10 October 2017 when Trinidad and Tobago, led by then head coach Dennis Lawrence, ended USA’s 2018 World Cup dreams with a 2-1 win at the Ato Boldon Stadium.

On Thursday, Warriors flankers Levi Garcia and Joevin Jones terrorised their opposing full backs as Trinidad and Tobago stormed to a commanding three goal lead before the interval. Puerto Rico are likely to be far more stubborn defensively.

Tonight, St Kitts and Nevis won 4-0 away to Bahamas at the Thomas Robinson Stadium in Nassau to pick up their second win of this match window. The Warriors need to keep pace with them.

In the next match window, St Kitts and Nevis host Guyana on 4 June while Trinidad and Tobago tackle the Bahamas on 5 June, before the two group leaders square off on 8 June—in a fixture tentatively carded for Trinidad.

Fenwick would want to at least be on equal footing with the Sugar Boyz and presumably enjoying a superior goal difference by then.

For now, though, it would be folly to look beyond Puerto Rico. They are not laden with ‘quality upfront’ anymore than the Warriors were ‘excellent’ against Guyana.

But, Fenwick’s marketing pitch aside, it is not inconceivable that an inspired, organised team could nick a point off of more gifted opponents.

The Warriors must show that they can put down a different sort of prey tomorrow.

Editor’s Note: Trinidad and Tobago and Real Salt Lake full back Noah Powder returned to the United States to continue rehabilitative work on his knee and is not with the national team in Puerto Rico. 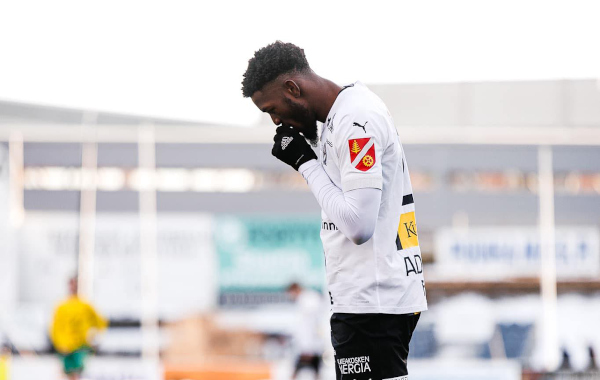 Lasana Liburd is the managing director and chief editor at Wired868.com and a journalist with over 20 years experience at several Trinidad and Tobago and international publications including Play the Game, World Soccer, UK Guardian and the Trinidad Express.
@lasanaliburd
Previous Vaneisa: When the streets were lined with books…
Next West Indian winning, winners and madness of persistent perversity; Best changes for 2nd Test