It is looking as if Kieron Pollard’s Trinbago Knight Riders will give the nation a belated but welcome Independence gift.

As 2020 CPL action shifts back to the Brian Lara Academy in Tarouba tomorrow, TKR are firmly in the driver’s seat. For those fans with short memories, that is precisely where the Guyana Amazon Warriors were a year ago, albeit in completely different circumstances. Cautious optimism is therefore advised.

But whoever emerges as the 2020 CPL champions, the real winner, I submit, will be West Indies cricket. That is what the events unfolding in the Queen’s Park Oval over the last couple of days have taught us.

Improbable outcomes, unthinkable turn-arounds and nail-biting finishes, the Oval interlude had it all. However, the element that should encourage genuine though not unbridled optimism and celebration is this: the truly outstanding performers were home-grown cricketers.

Taking centre-stage were Pollard, the 33-year-old TKR and WI white ball skipper, and Nicholas Pooran, his 24-year-old fellow T&Tian, who is the current GAW vice-captain. In the wings, however, the roving spotlight fell on two other CPL captains, standing there with vastly different smiles.

First, there is Jason Holder, Pollard’s predecessor as WI captain, the man who, against all the odds, led the Barbados Tridents to the 2019 title. The second is Darren Sammy, Holder’s predecessor as West Indies captain, whose St Lucia Zouks, whatever their incarnation, have rarely contrived to climb out of the cellar.

Sammy is on the record, it is worth noting, as saying that he has not retired from international cricket; he thinks he can ‘still address the selectors’.

Yesterday, he could scarce contain his joy. His Zouks, one place off the top of the table, had just eked out a three-run win over the defending champions. And, in so doing, they defended the lowest-ever total in CPL history, 92. Things are looking up.

He has not, Sammy told yesterday’s post-match interviewer, ‘contributed with bat and ball. But my brain is as sharp as ever’.

“At the stage I am in my career,” he continues, “every time I play cricket, it’s not about me.”

Sammy’s surprise choices to defend the closing two overs were rookie Javelle Glen and Roston Chase. All three came out of it with their heads held high.

With TKR needing 31 runs off the last two overs on Saturday, Holder chose himself and Raymond Reifer to attempt to staunch the flow off Pollard’s bat. Neither managed to find the formula for stopping a speeding train.

Which explains why Holder’s smile is not gleeful but rueful.

Pollard had come to the crease with his team on 62 for 5 in pursuit of 148. This was after the dismissal of the promoted Akeal Hosein, who enjoys no special reputation as a rapid scorer.

Prior to his entry, he told the post-match interviewer, in the eighth over, he had responded in the negative to a question from the normally swashbuckling Lendl Simmons as to whether he should try to pick up the pace of the scoring.

From 27 for 3 at the end of the powerplay, Simmons steered his team to 48 for 4 at the halfway point. And then, at 77 for 6 in the 15th over, he departed after contributing a mere 32. He had not shown intent up front in the powerplay or, indeed, at any point in his 29-ball innings.

When he was dismissed in the final over, splendidly run out attempting an ill-advised second run to Holder at long-on, his team needed ten runs off four balls. And Khary Pierre, batting at number 9, obliged.

Yesterday, soon after Pooran came to the wicket, the Warriors were struggling at 26 for 3 at the end of the powerplay, chasing St Kitts and Nevis Patriots’ 150. Along with the experienced New Zealand international Ross Taylor, the power-hitting left-hander steadied the ship, the pair moving the score to 59 without further loss at the end of the tenth over.

That done, Pooran thumped a total of 79 more runs, including three successive sixes to move from 82 to 100, to see his team speedily over the line.

After the defeat by the Zouks, Holder urged the members of his team to look in the mirror. He explained the failure to get 92 as: “Just poor batting. You’ve got to be able to chase 92 runs. […] There are no excuses.”

And then, as is his wont, he pointed fingers.

“I don’t think we showed intent up front, especially in the powerplay.”

‘Intent up front in the powerplay’ explains your team not getting 92? Ha! Go tell that to Pollard and Pooran.

And hope your WI Test team gets outside help with its analysis.

Still at the Oval but earlier in the week, the irrepressible Dwayne Bravo, who played his first T20I in 2006, was still around to collect his 500th scalp in the format. He is still throwing his almost 37-year-old body around the field—thanks, Omega XL!—but there is evidence that he is mortal after all; he was rested for the Tridents game and, as far as we know, he welcomed the rest.

The other Bravo, Darren, like several of the other established short-format batsmen such as Shimron Hetmyer, Shai Hope, Brandon King and Rovman Powell did not impress at the Port-of-Spain venue.

Up-and-coming pretender Joshua De Silva played an encouraging half-century hand for the Patriots yesterday but he really does not look at home in the format. Not yet anyway.

The handful of Under-19 bowling graduates on show did not look out of their depth; Jaydon Seales, Nyeem Young and Ashley Nedd have more than looked the part. One hopes the young batsmen like former Under-19 skipper Kimani Melius and Kevin Sinclair of the Emerging Players squad will perhaps also be able to come to the party, now the biggest crowdless party in sport, as it nears the business end this week.

What seems beyond dispute at this stage, though, is that, wallowing though we are in the international backwaters—Bangladesh stands immediately above us at number 8 and Afghanistan, Zimbabwe and Ireland in that order below—there is still talent in the WI tank.

On this 58th anniversary of T&T Independence as we still worry about Covid-19, it would be nice to get reassurance from some CWI spokesperson that, with the T20 World Cup postponed but not cancelled, ‘money is no problem’. 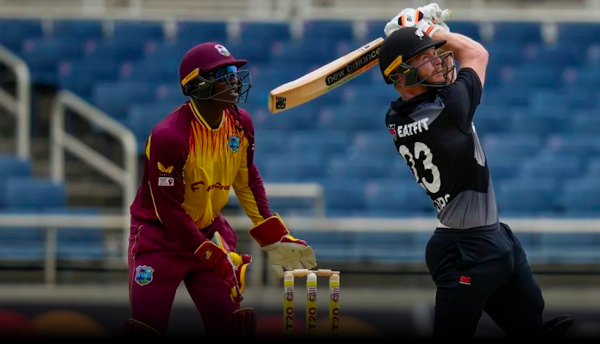 Earl Best taught cricket, French, football and Spanish at QRC for many years and has written consistently for the Tapia and the Trinidad and Tobago Review since the 1970's. He is also a former sports editor at the Trinidad Guardian and the Trinidad Express and is now a senior lecturer in Journalism at COSTAATT.
Previous Downer: Fate of TTFA NOT on Congress agenda; so Fifa can’t suspend T&T on 18 Sept
Next Dear editor: Will you tell your children to accept abuse, once there’s money in it?

West Indies batsman Nicholas Pooran has stepped down as white ball captain, in the wake …