Vaneisa: 95.9% of votes went to PNM or UNC, will T&T ever escape ‘race, ethnicity and tribalism’?

There is something poignant about what Steve Alvarez said as he walked away from politics. He had wanted ‘a new Trinidad and Tobago, one where the races unite under one political organisation to seek that which is best for our nation’.

He’d built his Democratic Party of Trinidad and Tobago 19 years ago, using his own ‘little resources’ to share that vision. After three general elections, he has given up.

“I do not know the reason why my message and vision was rejected, but I am very sure that no matter how good it sounded to me and those close to me, it was rejected by the electorate and the media.”

Steve is not the only one who has conceded. There was also Carolyn, Phillip, Jack and Rekha. Possibly Watson might join the list and, improbably, Kamla. But what Steve said struck a chord.

He was envisioning a new nation, racially united in the quest for betterment. Laudable; the statehood we probably all aspire towards. But we do not seem to have the ability to do the work that achieving it would entail.

We have a history of galvanising ourselves in ethnic and tribal blocs, and these are forces that coalesce without regard for ideals and ideas.

It’s been nearly 60 years since the PNM held the first national government—almost unbroken save for the one NAR and two UNC interventions. And since the beginning, it has been two parties dominating the political power struggle, defined by race, ethnicity and tribalism, or whatever you want to label it.

This year, according to the EBC, 19 political parties, and four Independents aspired to the 41 Parliamentary seats. Nineteen!

According to the figures, only about 25,000 votes went towards those outside of the dominant political parties—two entities with roughly the same strategic approach to governance.

What are the markers that tell us the basis for this diehard support? It’s those three little enclaves that people jump into when they have nothing else to remind them of their identity. To me, this is perhaps the major factor in the rabid response to electoral battles.

True, there are handouts, contracts and all the things attendant in creating a corrupt space. But if you believe in the idea of good governance, in building a better future for your descendants, you focus on principles of equity and justice and simple decency.

Ask yourself, what are the things that matter to you? On which side do you sit?

I want to go back a little, Dr Eric Williams defined an era of politics from which the country has never moved past. It was not just the circumstance of the time, it was his character and his style.

He brought machismo to academia, combining the two forces in a way that captured the imagination of a population who wanted a bright man to show off to the colonials, but a man who could bully and play the backroom games favoured by politicians. A man who could seize the moment and declare that massa day done.

After his death, George Chambers did not stand a chance. I wonder how much of it was because of the gigantic halo left by Williams, and how much was because he did not appeal to the three markers.

I contend that a part of the NAR’s resounding success and its horrible end was because it was a party that had not planted its feet inside an ethnic enclave. At the idealistic level, it was aspiring to Steve’s vision of one love, but it had not matured enough—as we still have not—to get past the scuttling for power that killed it off.

The point I am trying to make is that our history is a tribal one. We will laud the ideals, but we only believe we belong to a political party if we are made to feel we are one of them, within those parameters.

It is a pity we are taking so long to move past the primal. It is ultimately the disgraceful legacy of political directorates that have known better but continue to wage wars based on appealing to the basest instincts of the most vulnerable.

There are those who are disappointed after years in the trenches, like Alvarez and Abdulah, but there are some indications that although progress is dreadfully slow, new shoots are springing up.

Nineteen parties in contention this year. I can’t claim familiarity with their aspirations, but I do not feel that they are trying to establish themselves as either Indian- or African-based.

What I discerned is more participation by a younger cohort, and it means they have hope. That is the most encouraging of signs that we are not in the state of stasis that some would have us wallow in for perpetuity.

Perhaps there will come a time when we will openly assess ourselves and figure out what kind of world we want to build.

In the meantime, we cannot continue to be so coarse, it is simply unacceptable. 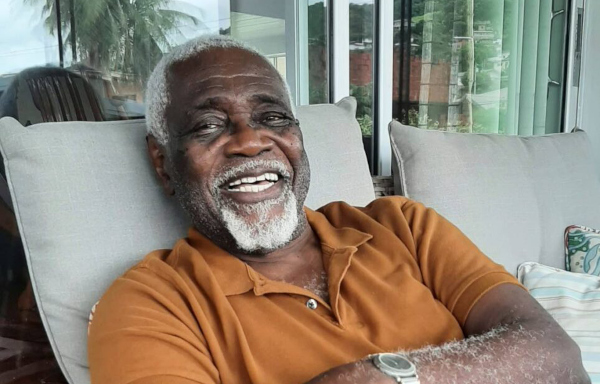 Vaneisa Baksh is a columnist with the Trinidad Express, an editor and a cricket historian. She is currently working on a biography of Sir Frank Worrell.
Previous ‘Adult male’ is T&T’s 11th Covid-19 related death; 14 positives at private lab
Next Noble: Beware long-time beneficiaries from gov’t policies who pretend to be self-made men and women