Griffith: ‘Plot to destabilize country’ by ‘real enemy of the state’ has failed—72 arrests and one death

“[…] Intelligence has revealed that this was an orchestrated plan that was led by several gang members, whereby the intention was to use the shooting of the three young men a few days ago as a front to cover the planned plot to shut down the country.

“[…] It is hoped that this incident and plot by a few to destabilize our great nation, clearly shows who the real enemy of the State is—and it is definitely not the dedicated men and women of the Trinidad and Tobago Police Service…”

The following statement was issued by Commissioner of Police Gary Griffith in response to protests in and around Port of Spain today:

The Trinidad and Tobago Police Service (TTPS) wishes to assure the public that the well-orchestrated plan to destabilize the country by a few, has been quelled. So far, 72 persons have been arrested, and others are expected to be charged when investigations are completed.

There has been one casualty, a woman, and investigations are underway to determine the cause of her death.

Intelligence has revealed that this was an orchestrated plan that was led by several gang members, whereby the intention was to use the shooting of the three young men a few days ago as a front to cover the planned plot to shut down the country.

Commissioner of Police, Gary Griffith, wishes to remind the nation that he was clear just a few days ago, when he stated that any police officer charged for a violent crime, should be removed from the Service, as we are expected to be at a higher standard.

However, it is unacceptable that some, in their desire for justice, can expect any law-abiding citizen to justify this demand by condoning others to break the law, as was done today.

This was a well-orchestrated plot by certain gang leaders in the hope to get national support, when they commenced their plan to cause mayhem, fear, and destruction throughout the country.

This was wishful thinking, as it has only exposed who the real enemy is, when the nation saw it for themselves, via the plan to destabilize the country, and put law-abiding citizens in harm’s way.

Based on prior intelligence, mere hours before these criminal elements commenced their act, the TTPS was prepared.

The plan to shut down the country involved setting fire to certain places, from along the Beetham to Port of Spain, and when Police Officers arrived, they would be fired upon. The plan was to kill police officers and to shoot up police stations. These same criminal elements used the opportunity yesterday and again this morning, to rob law-abiding citizens.

It was to continue with wild random shots to be fired throughout the country to cause further havoc. This included shots being fired at the Office of the Attorney General, which was actually done.

On several occasions, shots were also fired at police officers in different parts of the city. The plot was to also block roads in the hope that it would shut down the country.

The Commissioner of Police wishes to advise that their plan failed miserably and the TTPS is in full control. With the immediate and strong assistance of the SSA, TTDF, Fire Services, and the National Operation Fusion Centre (NOFC), we were able to quell any disturbance within minutes of the commencement of the plan.

The COP coordinated the operational response at the Commissioner’s Command Centre, along with the Deputy Commissioners of Police, Mc Donald Jacob and Jayson Forde.

The Command Centre provided real-time information of every incident within seconds of the commencement, via reports from the Operational and Intelligence Units, as well as real-time video footage from the CCTV system and the cameras on the ERP vehicles.

The CCTV footage was able to see in real-time every incident, of certain gang members lighting fire to tyres and throwing debris and even overturning vehicles to block roads throughout Port of Spain and environs, upon which the TTPS was able to immediately send operational units—inclusive of units in the POS, North Eastern and Western Divisions, as well as the IATF, MOPS, GEB, SORT, and the Mobile Extraction Prisoner vehicle, to quell the disturbance, and disperse or arrest those breaking the law.

The TTDF and Fire Services were also immediately at hand to provide tactical support, remove debris and out fires, so their assistance and support to the TTPS, was instrumental to deal with the situation, and the COP wishes to thank them for their support to prevent the plot planned by a few criminal elements.

The operation is ongoing, as the COP has directed that the Alert State for the TTPS remains at red, and the nation would be under heavy police surveillance for the next 48 hours.

Police officers would be positioned at strategic locations, both overt and covert, to ensure that those few criminal elements cannot destabilize the country as was planned.

CCTV footage at every site where fires were started and roads blocked, show clearly the faces of the perpetrators, some known to the police, and would be used to find them and have them arrested.

The COP wishes to thank and commend all officers who stepped up when called upon to do so, putting their lives on the line, yet again, for service to this nation.

It is hoped that this incident and plot by a few to destabilize our great nation, clearly shows who the real enemy of the State is—and it is definitely not the dedicated men and women of the Trinidad and Tobago Police Service.

The COP gives the assurance to the nation that the recent incident involving the death of three men in Morvant, is being thoroughly investigated, both by the TTPS and also the independent body of the PCA, and when the findings are completed, the nation would be informed and the TTPS would act in accordance with what was revealed.

Until that time, the COP also gives the assurance to the nation that no criminal element can, or would be allowed to use this incident as an excuse to break the law.

He assures the nation that there is no need to panic due to the irresponsible act of a few, and that the TTPS remains in full control, and would continue to monitor, survey, and be fully operational under Red Alert, to prevent any criminal element from attempting to destabilize the nation. 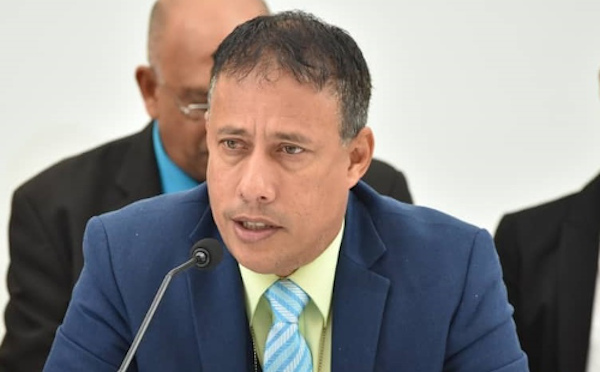 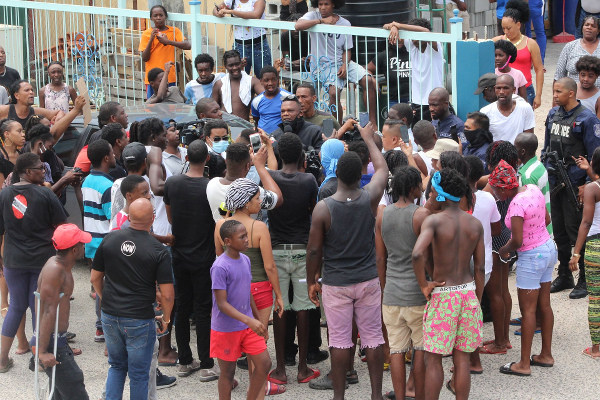 Want to share your thoughts with Wired868? Email us at editor@wired868.com. Please keep your letter between 300 to 600 words and be sure to read it over first for typos and punctuation. We don't publish anonymously unless there is a good reason, such as an obvious threat of harassment or job loss.
Previous MSJ: Was ‘cockroach’ jibe a ‘license’ to kill? Arrest and suspend ALL lawmen involved in M’vt slaying
Next Noble: The Nobodies; ‘invisible to all, scorned by all’—Morvant vs the world