Noble: Facing the naked truth: the fate of the Christian church

Beneath the veneer of the bikinied women in the Trinity Cathedral lies a harsh truth: the Anglican church is not financially sustainable.

If the operating and investment budgets cannot be met by their offerings, the church is in trouble. This is to be expected since the Anglican church is the largest loser of adherents—44%—in the intercensal periods since 1990.

How can the church pay its bills, including building maintenance, with such a significant loss of members? The Anglican church is not alone since all the mainline denominations have lost adherents. But they, unlike some other denominations, depend largely on the middle class for their finances. The loss is more than just the absolute reduction in the number of adherents, but the level of giving per capita is likely to be down since the middle class has been economically ravaged.

The present middle class are impoverished people who increasingly do not even own their homes and must work long hours to keep body and soul together. Sundays may be a day of rest, but these adherents do not do it in the way the church would like.

The solution, as evidenced in the cathedral affair, is to leverage their assets for money-making ventures. This is the thinking that led to the cathedral being an alternative to the St John’s Ambulance premises. The use of the All Saints hall last year was the proverbial camel’s nose. You never allow the camel to put his nose in your tent since he would push you out before you know it.

The problem was not as much what the models wore as it was the thinking and logic employed by the Anglican leaders. Other religious leaders would be well minded to learn since times are changing.

The value of a Christian church, in our plural society, is to support contrarian thinking not beholden to other influences. A speaker of truth to all. Christianity teaches the opposite of ‘what’s in it for me?’, the individualistic view held by our generation.

This new view causes us to think in identity terms and creates a new sense of freedom of choice that results in a greater splintering of our population. This is counter to Christian belief that invokes an acute sense of looking out for the ‘other’ person. ‘We are all one’ through the grace of God.

Christian thought espouses and advocates for the notion of ‘the shared common good’, whereby the cause of the poor and dispossessed is championed. It promotes that we live in a community, we belong to each other and care for each other. It is to be all-inclusive and therefore a bulwark against polarizing forces in our community.

It is about worship, discipleship and neighbourly love infused by evangelism and hope. While Christian belief has been ‘against the grain of societal thinking and norms’ from the days of Paul, it is to be seasoned with grace to induce acceptance. It is not to be narrow and extremist.

It is evident that this Christian perspective has not been successfully lived and propagated in its entirety. The fastest-growing religious group is the ‘None/Not Stated’, which now accounts for about 13% of our population. In context, this group is as large as the Pentecostals.

The change in demographics and increased tolerance, arising from religion now being regarded as a private matter, make the decline of the churches inevitable. The leaders lock themselves into certain ways of doing things, while the world moves on. Unsatisfied people, therefore, vote with their feet.

There has also been a shift in the way we give; people now give to causes and no longer to institutions. In our Philistine society, few think about how the historic church buildings are to be maintained. We cannot fathom spending money on these buildings. Ugly buildings that are being built suit our fancy better. Maintenance is a pipe dream.

One cannot ‘fashion show’ his/her way out of this existential dilemma. As the insurance company’s billboards advise: “You cannot hold enough barbeques to fund major medical expenses.” The problem the Christian church faces cannot be fixed by piddling actions. They require radical thinking and an overhaul of the thinking about how to reach the society where they are now.

When you have lost your value to society, you need to retrace your steps and find it. Fashion shows are not consistent with the church’s mission or brand; they do not advance the Gospel. It ought not, therefore, find a place in the sanctuary. As my mother would say: “There are friends to bring in the bedroom and others to stay by the gate.”

How can the Christian faith be re-imagined to enthral the young, who face tremendous new challenges? Paul, in the book of Acts, engaged his generation in the public spaces; are there thinkers in the present Christian church able to do so? Can the church have deep, thoughtful discussions about the crucial issues in our society?

Failure to be broad in showing God’s grace will see church buildings re-purposed. 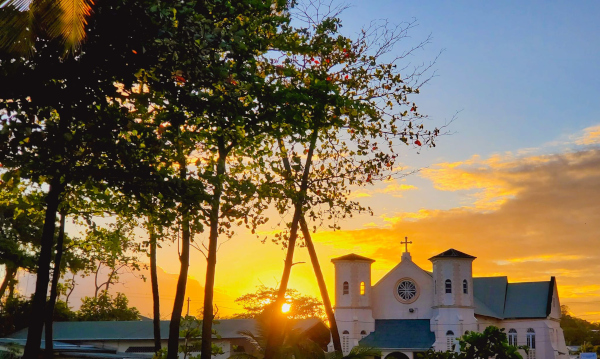 Noble Philip, a retired business executive, is trying to interpret Jesus’ relationships with the poor and rich among us. A Seeker, not a Saint.
Previous Big Five 19: Fatima cruise past sloppy Arima; Moruga down Signal Hill to clinch promotion
Next Daly Bread: Will the Smith ship sink? What went wrong with the Darryl Smith sexual harassment investigation? 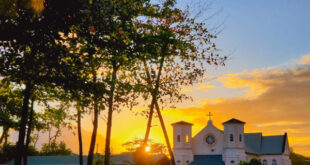