“Professor Ken Philmore should have been one of our immortal monarchs and champions… Without assistance, without adulation, without even our cursory attention, Professor went about spreading the gospel of our sound and our instrument.

Gone too soon. That joyful, spritely whisp of energy, full of love and craft, now no more. The passing of Professor Ken Philmore is a tragedy in so many ways. Not just because any death by accident—and of someone adjudged to be young—feels like a breach, but because he was a genius whonever got his due.

As arranger. As player. As pioneer. And although Trinidad’s real talent seems to be its genius in disrespecting heroes, something about Philmore’s passing at this time in our history seems to loom larger as metaphor and indictment.

In him I feel we see visible a Genius Soul who had a capacity to command the world but was restrained and confined by our pettiness and capacity to sabotage our gifted and our gifts.

Prof was outside the boy’s club—the one that exists despite our national philistinism—the one that still honours Boogsie, Holman, and others. Panmen have been good to themselves in creating a buffer against the cultural violence of this society, but it still has its cliques and pecking order. Ken was just outside to the left of that.

Then there were those years 1989, 1990 and 1991 with Fonclaire when he should have won Panorama and sent the Festival into the future with his jazzy arrangements, but the judges held to the status quo. It must have been frustrating for him—that string of 2nds.

This was also the period of the rise of Pamberi and the brilliant arrangements of Godwin Bowen, where Pamberi too were unfairly dealt with, sometimes being expunged at Semi-Finals when they should have been top three in the finals.

It was obviously a period of generational inheritance in the Panorama and the country—the passing of the baton. David Rudder, the Kiskadee Karavan, young designers like The Cloth and First Chapter Adam were shaking things up. What should have happened was that Professor should have won, Pamberi placed in the top three and the SOUND of Panorama reinvented and re-invigorated by new-blood.

But like the generation before that failed to crown Shadow with the Bassman and put back Sparrow and Kitch for a next 10 years, we sabotaged the ritual and ensured the Festival would become paralysed and eventually irrelevant because we cheated the inheritance of the next generation.

We aborted the evolution of the form. I remember the electricity that accompanied that trilogy of Fonclaire performances. You knew you were hearing something new, brilliant, beautiful, blowmind, next…

A lot of people like to condemn Trinidad’s “competition mentality” in our Carnival culture. They are wrong. We do not have a competition culture, we have a “Gayelle culture” and a “Monarchial culture”, which is very different. At its best, before it was corrupted by political interference and bourgeois judges, the people created a series of Monarchial gayelles which demanded artists and warriors conjugate the mood of the People.

“Give us back our Soul” was the request! The ones who won were those artists and warriors who, by the sheer brilliance of their craft and the ability of great art to tell the greatest truths, unlocked the secret rhythms of the Trinidad and Tobago people.

If those competitions—Dimanche Gras, Calypso Monarch, Panorama, King and Queen of the Bands, Band of the Year, Soca Monarch, Stick-fighting Champion, Ole Mas Champion, etc—were left to their own devices with the people deciding, we would still have that magical culture unlike any that exists on planet Earth.

Instead the system of judgment became corrupted and champions were crowned who were not worthy. This devalued each competition and sent the Carnival into a death-spiral. We aborted generational succession and have been paying with a multitude of social ills ever since.

1990’s “Pan by Storm” would have crowned a remarkable period for Ken where it was clear that he was straining at the leash to take pan further. In 1988, he appeared with Tina Turner and Lionel Hampton in New York and was honoured by Pan Trinbago as most outstanding musical arranger.

According to an excerpt from Philmore’s bio: “In New York he received a special award for his contribution to music by Mayor Koch. Following successes in Los Angeles and numerous standing ovations at Madison Square Garden in New York, ‘Professor’ was invited by Mercer Ellington to join the prestigious Duke Ellington Orchestra for their tours to Europe and North America. He toured with the band during the period 1989 – 1991. On their 1990 album, ‘Music is My Mistress’, Ken was the featured soloist on the selection Queenie Pie Reggae.”

The failure of Trinidad to embrace the new sound he had to offer must have hurt Ken deeply. He did cry. It probably also helped push him more outside of our shores for the validation and new horizons for the instrument that we seemed to be spurning.

Even with family—his wife and children—it must have been lonely. This loneliness of the exceptional person in Trinidad. This exile before exile.

He performed at Carnegie Hall in New York, The Royal Albert Hall in London, and the Apollo Theatre in Harlem. In 1997 he performed at Jazz Central on the BET TV channel Washington, DC. We were not paying attention. As is our wont.

Imagine if he had the support. Imagine him as an arrow-head of an ambassadorial thrust for Kaiso-Jazz, Pan, and Brand T&T Music. Imagine us taking ourselves seriously. As serious as Tax.

His validation was mostly outside. Ken’s first opportunity as an arranger occurred in 1981 when he arranged for BWIA Sonatas in New York. He consequently won six Panoramas in New York with the same band. He would find validation as a musician from foreign bandleaders. There was no Trinidad facilitation, as has happened with all our global pioneers, Sparrow, Kitchener, the 80s Phase 2, the 70s Despers, etc.

All global tour adventurers, pioneers in spaces we have not gone before. We have not asked them the relevant questions, we have preserved no maps, nor documented pathways. We have not duplicated their successes for others. The next Professor will be like the first. There will be no country behind him.

Unless we commit to change.

The first picture that accompanies this piece comes from two Legacy projects I have pioneered as a counter to Trinidad’s hero-killing machine. One is Generation Lion Magazine and the other is Project: Memory.

Both projects are about consecrating our legacy by recording scribal and audio-visual biographies of our great individuals and shooting immortal portraiture of them by commissioning our greatest photographers to shoot magical portraits that depict the essence of the subject.

These range from pure portraiture, stylized portraiture, to documentation of their work spaces, great works, homes, etc. The idea is to create an archive of Genius by Genius that at some point in time will come together in a National Hall of Fame.

My organization, the Artists’ Coalition of Trinidad & Tobago (ACTT), now has hundreds of thousands of images of our heroic class and hundreds of biographies. We intend to create the National Hall of Fame without government. It will be an institution created “by the People, for the People.” Professor’s photographs and biography will hold pride of place. Keep looking out for more details.

Ken never got his due as a soloist either. He was something special. He brought to his playing his interpretation of jazz soaked through with that joy which was his calling card. Luv. Love. He played with Love. He was witty, quick, technical, and capable of beautiful passages, narratives, and unexpected melodic lines.

We have not mapped the modalities of his solos as we have not mapped his arrangements. He was not called to lecture at the UTT or UWI—as neither were Clyde Bradley, Jit, or most of our giants when we had them. So we lost the opportunity for real apprenticeship and real matriculation.

We lost a chance to interrogate ourselves. He was here. Available to us. We did not see him. We lost him. Let us crown him now. And let us do better. 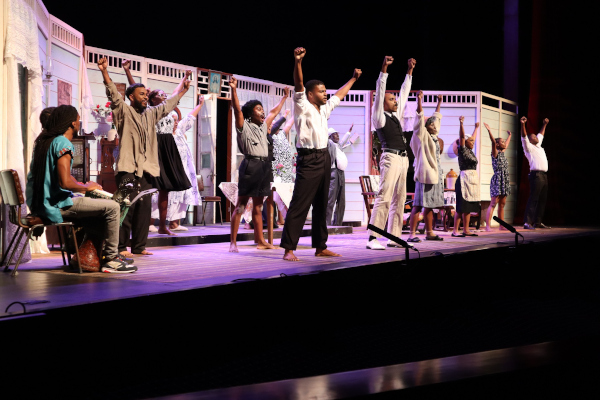 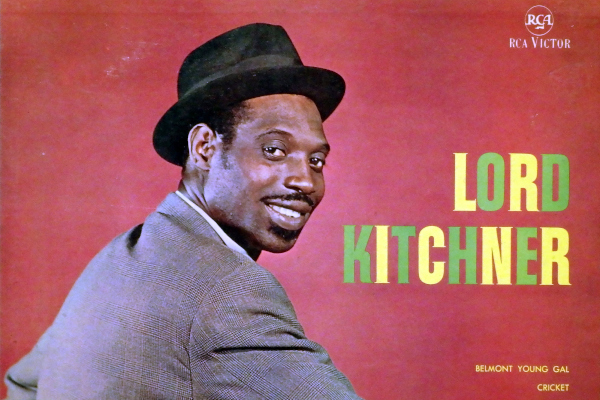 Want to share your thoughts with Wired868? Email us at editor@wired868.com. Please keep your letter between 300 to 600 words and be sure to read it over first for typos and punctuation. We don't publish anonymously unless there is a good reason, such as an obvious threat of harassment or job loss.
Previous SSFL 18: Ransome note; Trinity East come from behind to down 10-man Mucurapo
Next Daly Bread: Breaking useless moulds and transforming Carnival