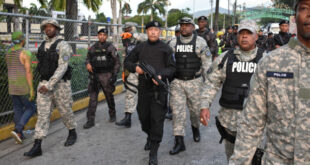 “[…] It is well documented that the history of policing in Trinidad and Tobago has been characterised as bearing the undesirable feature of paramilitarism… Joan Mars, Guyanese sociologist and policing scholar, when commenting on policing during the colonial times argued that this model of policing was characterised by:  “An emphasis  …