Remembering the 1970 Mass People’s Movement and the Church

The entry of the National Joint Action Committee (NJAC) under the leadership of Makandal Daaga (then Geddes Granger) into Port of Spain on Thursday 26 February 1970, represented the beginning of the most dynamic and significant period in the history of Trinidad and Tobago.

NJAC had convened a March through the capital in solidarity with 38 Caribbean students who were on trial in Canada. The demonstration had about 200 UWI students, representatives from the labour movement, community and social activists and other interested parties.

After stopping at a number of Canadian institutions, including the Canadian Embassy, to express their outrage at the treatment of our students in Canada, the demonstrators went to the Cathedral of the Immaculate Conception on Independence Square. The ‘spontaneous’ entry into the Cathedral precipitated a whole new dimension in the movement.

The government was very concerned about NJAC’s growth and development and was intent on suppressing the movement. In their simple-mindedness, they believed that this ‘desecration of a place of worship’ was the golden opportunity they were hoping for and decided to act against the NJAC leadership. Although Archbishop Anthony Pantin issued a statement that there was ‘no desecration’, some of the leaders of NJAC were arrested and charges brought against 10 of them.

The calculation of the government was, however, very wrong, and the arrest of the leaders backfired with huge national implications. Within a few days, what started as a small march of a couple  hundred persons, exploded into massive street demonstrations of tens of thousands of people.

Without doubt, the movement was having a serious impact on every type of institution in T&T, including the religious bodies in general and the Catholic Church in particular.

According to an article in the Catholic News of Saturday 7 March 1970, written by Father Boyd Reid: “The incidents in the Cathedral may shock some of us into making serious efforts to change, so that the teaching and practice of the church may really set men free … The church is always in need of renewal and this protest should bring to our attention an important area where such renewal is needed.”

A mere two weeks after NJAC’s entry into the cathedral, the Catholic Church was again embroiled in the movement’s activities. NJAC had set Thursday 12 March 1970 for the highly significant ‘March to Caroni’ for national unity.

The purpose of the march was to foster brotherhood between Africans and Indians and eradicate the race politics that had crippled our nation during the 1960s. The NJAC leader, Makandal Daaga, invited His Grace Anthony Pantin, to join the march of liberation for a better country.

His Grace, Archbishop Pantin responded very positively. Affirming that he believed it to be the will of God that he march with the least of his brethren. He agreed to join the demonstrators at the Curepe intersection of the Old Southern Main Road and the Churchill-Roosevelt Highway.

There was much controversy, with conflicting views being expressed for and against the Archbishop’s participation. Under intense pressure from the government, and even, to some extent, from within his own church, Archbishop Pantin eventually withdrew his decision to demonstrate.

He apologised to those who may have been hurt, either by his original decision to march or by his decision to withdraw his commitment to march. Years later, Archbishop Pantin said that his decision to not march was one which he regretted immensely.

At a fundamental level, the 1970 movement was calling on the Church to reflect the ideals of the New Society in serving the interests of the nation and respecting the voice of the people. The Catholic Church, and the religious fraternity in general, was influenced by the revolutionary movement of the 1970s.

Such was the impact of the movement that the Pope convened a meeting of the World Conference of Churches in Geneva to discuss the implications for the Church. Trinidad and Tobago was represented by Reverend Roy Neehall (who was based in Geneva at the time) at that meeting.

Arising out of the 1970 movement and NJAC’s promotion of national unity came the formation of the Inter-Religious Organization (IRO), which was formed in 1970 and incorporated by parliament on 17 July 1973 (three years later). Also being established was the Caribbean Conference of Churches, which published the Caribbean Contact paper to promote a regional perspective.

In 1970, the Catholic Church also became more involved in community life, with emphasis on Laventille and the poorer communities. Servol (Service Volunteered for All) was also established and spearheaded by Father Gerry Pantin to foster spiritual values, co-operation and family responsibility within communities.

It should also be noted that Archbishop Pantin served as public relations officer of NJAC’s Caribbean Institute of Race Relations for several years and up to the time of his passing in 2000. This Institute was set up to encourage racial harmony between the various ethnic groups in Trinidad & Tobago and the broader Caribbean.

The compelling power of NJAC’s mass enlightenment drive moved the Church to re-examine itself. Here I quote from the Catholic News of Saturday, April 4, 1970:

“The Black Power ideology as expressed over the past three weeks, has been allowed to do for the Church, through means detrimental to the Church, what the Church should do for itself. Catholics have long overlooked ills that are hindering the development of Christianity into the greater living force, which it should be.

What the Black Power Movement has implied by word and deed should not be ignored, nor should it be looked upon with scorn.”

The return of NJAC to the cathedral for an anniversary service is deeply rooted in the history of the Great Mass Movement of the people of Trinidad and Tobago in 1970.

February 26 represents the vast potential of our people to respond positively to whatever challenges we may face. NJAC’s demand for ‘Power to the People’ is in recognition of this fact. It is also an expression of our absolute faith and confidence in the intelligence, spirit and strength of our people to rise to the occasion and create a New and Just Society.

It is little wonder that in one of the 1975 editions of the Caribbean Contact Newspapers (organ of the Caribbean Conference of Churches) it is stated that the Saints of the 20th century did not come from within the fold of the Church, but from without. Three suggested Saints named in that article were Makandal Daaga, Khafra Kambon and Kwame Ture (Stokely Carmichael). 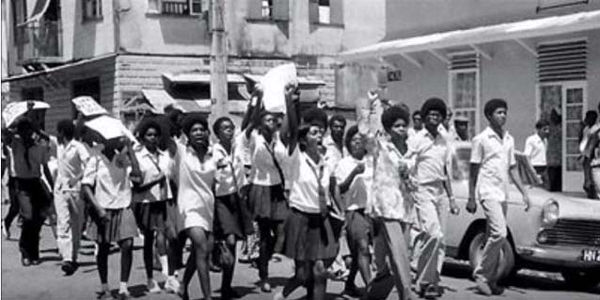 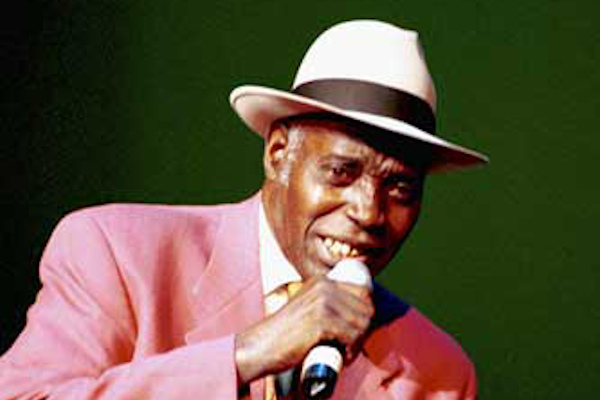 NJAC: ‘Special Branch incited the violence [to] give gov’t an excuse’—remembering 21 April 1970 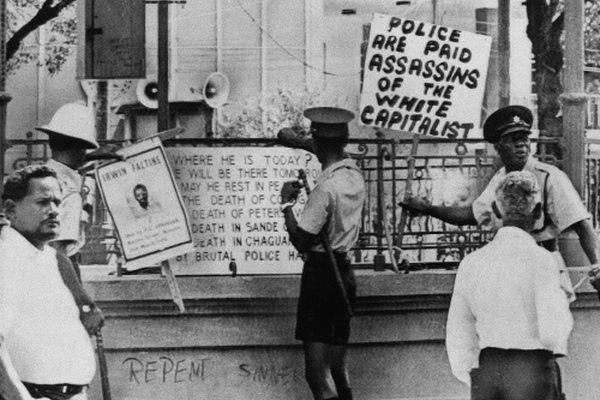 “[…] With the declaration of the SOE on Tuesday 21 April 1970, [Makandal] Daaga and other members of the NJAC Read more 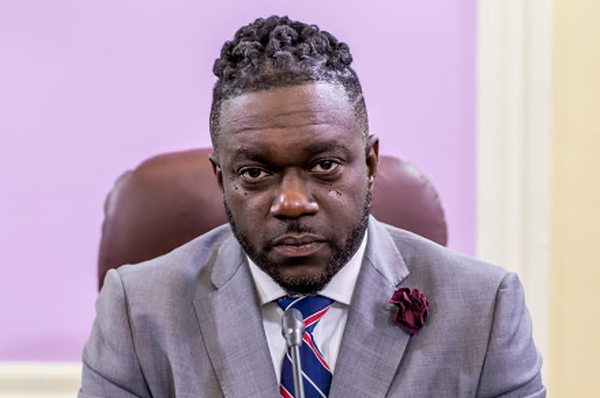 “[…] NJAC shares the concern of the wider society, particularly the people of Tobago, about the present situation in the Read more 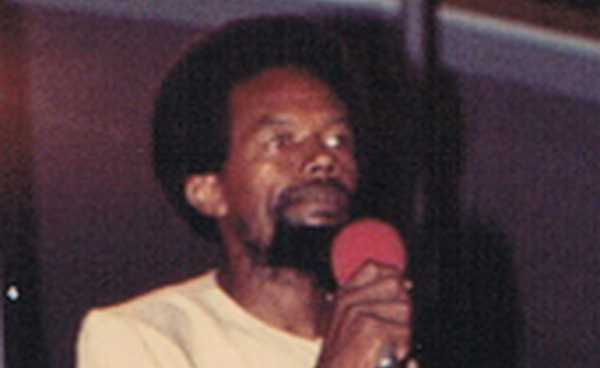 Want to share your thoughts with Wired868? Email us at editor@wired868.com. Please keep your letter between 300 to 600 words and be sure to read it over first for typos and punctuation. We don't publish anonymously unless there is a good reason, such as an obvious threat of harassment or job loss.
Previous TTFA reveals Avec Sport kit deal; plus Wallace on Nike ‘interference’ and $50 million debt
Next Live Wire for the Road: Iwer horns Machel with Kees, plus Nicki’s ‘Petty-man’ causes a stir 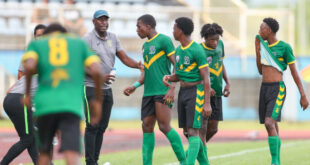